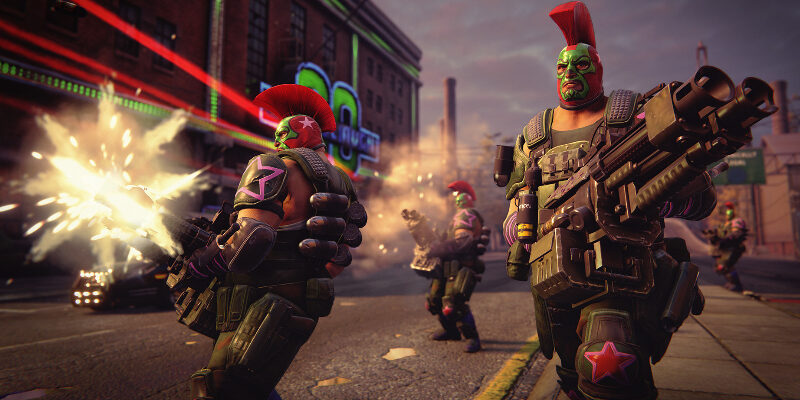 Saints Row: The Third, more commonly called Saints Row 3, is available for free on the Epic Games Store. It was unveiled earlier today as the latest game in Epic’s free giveaway program. More specifically, Saints Row: The Third Remastered was released last year and is a freshened-up version of the 2011 original.

It is likely no coincidence that Saints Row: The Third is being offered for free following last night’s reveal. As shown at gamescom 2021, a Saints Row reboot is coming in February 2022. Also, it is expected to be an Epic Games Store exclusive which makes this giveaway’s purpose fairly obvious. Deep Silver wants to hype up the release of the reboot.

Saints Row is back

Saints Row 3 Remastered will be available for free on the Epic Games store until September 2, 11 AM ET. Those looking to make the most out of their Epic account may also want to consider picking up the other free game too, Automashef.

Automashef is a resource management puzzler published by Team17 and developed by Hermes Interactive. Just like Saints Row 3, it is available for free until September 2. After this deadline passes, Yoku’s Island Express will replace both games as the next free option.

Saints Row: The Third Remastered is considered a well-made, faithful remaster of the original game. We here at PC Invasion scored it at a 7/10, perfectly matching its overall Metascore of 70. It isn’t perfect but for the tempting cost of nothing, it’s hard to go wrong.

Besides, this might be the last chance to experience the Saints in their most recognizable form. The reboot ditches the starting cast in favor of a whole new lineup. It will instead focus on the birth of the Saints, showing us how it all began. Although it is an interesting angle, the reality is that fans may not get to see iconic characters like Johnny Gat and Shaundi ever again.