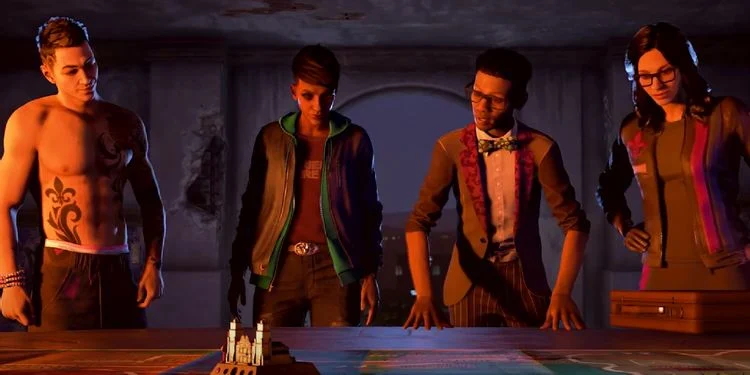 Ever since developer Volition teased, and then subsequently revealed, its new Saints Row reboot, the game has received a bit of a mixed reception from fans. Its initial reveal trailer did not go over too well with fans, as it received a massive amount of dislikes on Youtube. This negative reaction died down a bit as Volition put out more trailers and gameplay footage. But many fans nonetheless remain skeptical over the reboot’s quality. The recently revealed trailer for the new Saints Row, dubbed “Criminal Ventures,” may or may not win certain fans over, but it at least covers an interesting gameplay element in the form of letting players construct their own criminal underworld.

Volition’s Chief Creative Officer Jim Boone provides narration throughout the trailer, and he gives a basic rundown of how players can shape their criminal underworld. He emphasizes that players have significant control over which businesses they can construct and where they can place those businesses. Interestingly, Boone mentions that “each of these criminal businesses come with their own characters, gameplay, and rewards,” and he goes over a few examples of what these businesses entail. For instance, the Bright Future Disposal facility sees players dumping toxic waste all across town, while the Shady Oaks Medical Clinic encourages players to rack up medical bills by deliberately running into traffic.

The Criminal Ventures trailer for Saints Row certainly promises a great deal of gameplay variety and player choice, which should at the very least interest the average casual gaming fan. Whether or not this trailer wins over a sizeable portion of the diehard Saints Row fans who were unimpressed by the initial trailer remains to be seen. Having said that, the Criminal Ventures trailer boasts a much more favorable like-to-dislike ratio compared to that of previous trailers, so it must have done something right.