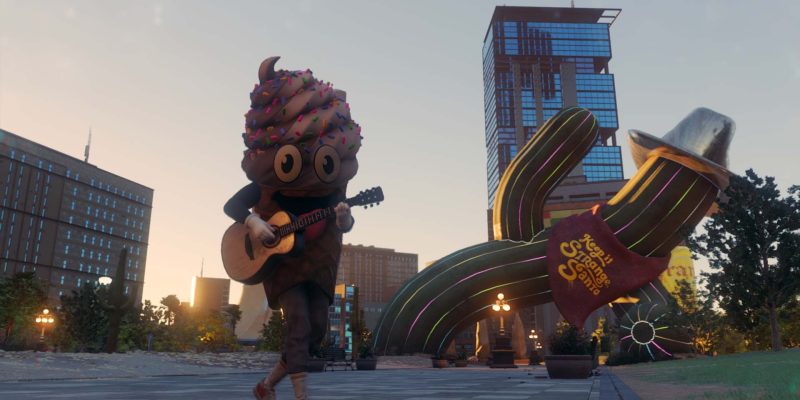 Navigating an open-world game like Saints Row can be tough if you’re only starting from a single area. Thankfully, there are a few places where you should be able to teleport to when you need to speed up the process. Here’s our Saints Row fast travel guide to help you with all the fast travel photo locations in Santo Ileso.

How to unlock fast travel points in Saints Row

Unlocking fast travel points in Saints Row isn’t obvious at first. That’s because these spots won’t appear on your map unless you’re within close proximity. If one is nearby, an icon of a trailer (or shelter) will show up.

You’ll then need to enable Photo Mode (i.e., “P” key by default) to take a picture. Make sure that the object is centered and that you’re not too close (or too far away). Likewise, mousing over the icon on the map will also tell you the proper angle. Anyway, once the borders of the camera turn green, press the spacebar to tag that location to enable it for fast travel.

Note 1: Unlike your apartment or the church HQ much later, these regular fast travel points in Saints Row are only for teleportation. There are no garages or helipads. As such, if you need special vehicles, then you’ll definitely need to spawn back in your HQ. Alternatively, you can use JimRob’s car delivery service after completing all his tasks.

Note 2: The Criminal Empire ventures do not act as regular fast travel points, though you still get teleported to them once they’re built for the first time. After that, you’ll have to drive/fly/glide to these establishments normally. 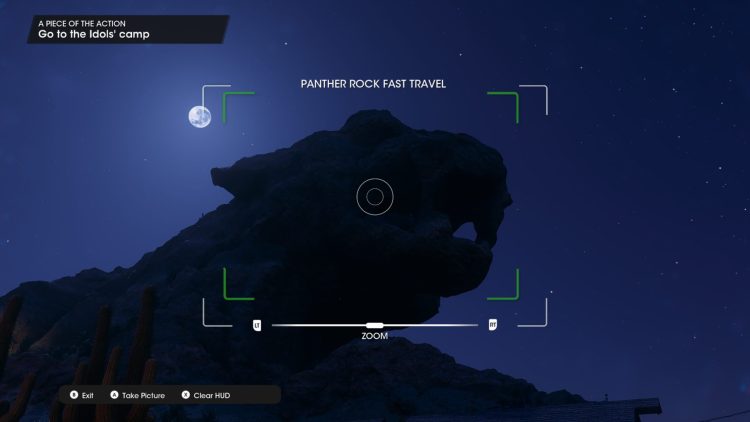 Below, you’ll see three images with maps of the fast travel photo locations in Saints Row. We’ve divided these into three locations (east, north, and south) to correspond to the game’s districts. You can click on each image (or right-click and open the image in a new tab) for a larger view.

Head east along the highway from JimRob’s Garage (which you’ll unlock as a location after finishing a few main missions). The panther-shaped bluff can be easily spotted from there. 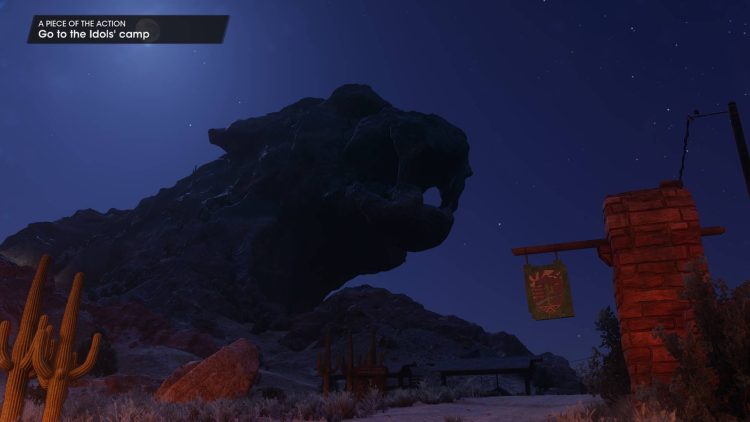 This one is further away than most other spots. You’ll have to continue east by following the highway and dirt paths until you come across a lonely motel. 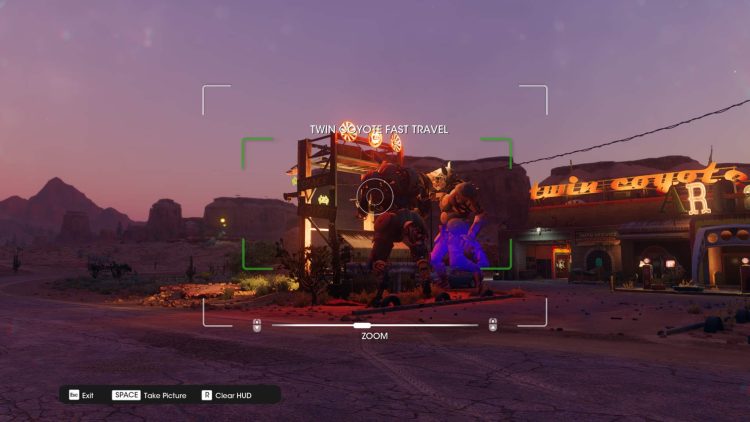 Follow the main roads until you reach the northern section of Marina West. The bear statue is on a lake just below the Santo Ileso sign on the hill. 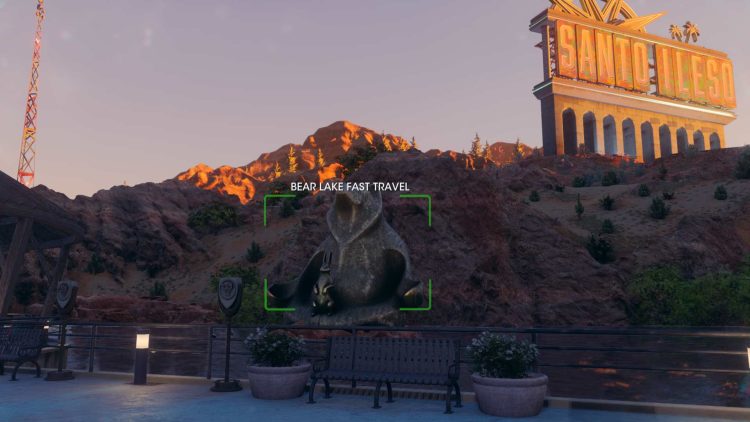 The cactus statue is in a large park in the southern portion of the district. 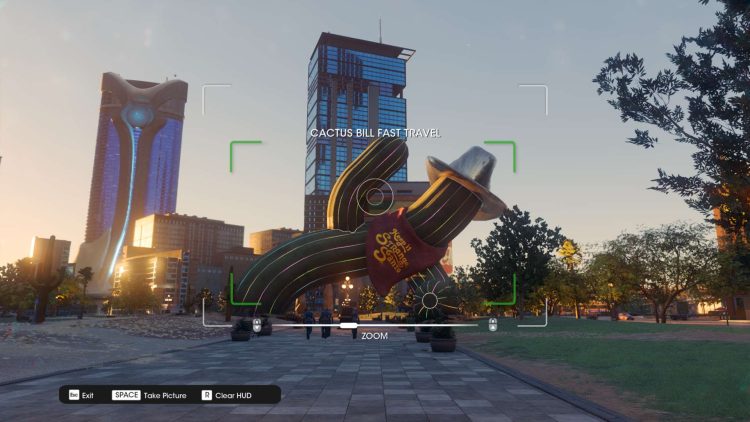 The sign itself is seen as you pass through the main highway heading into the El Dorado district. You’ll need to take a photo from street level to get the right angle. 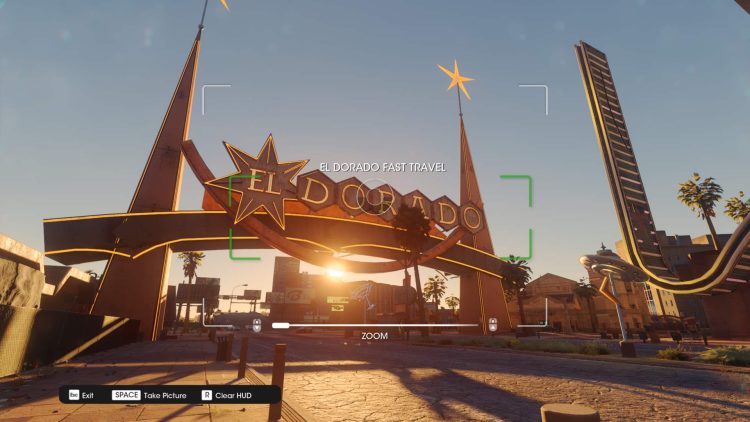 This is another fast travel location in Saints Row that’s off the beaten path. You might visit a location that’s close to it while doing The Dustmoot mission from Eli. 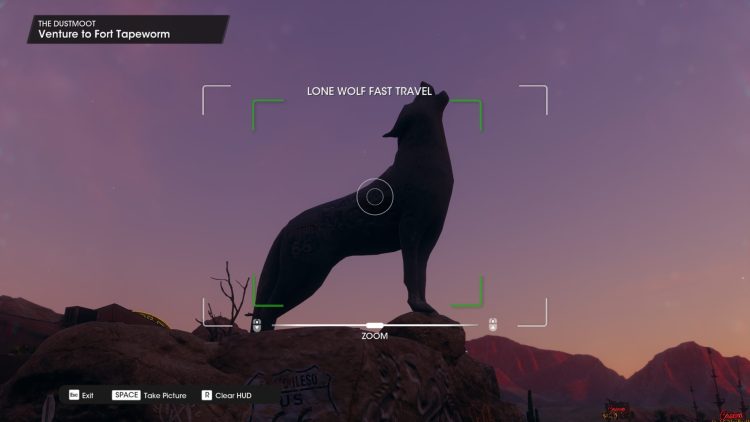 Saints Row is available via the Epic Games Store.

Saints Row: How to get and use the wingsuit