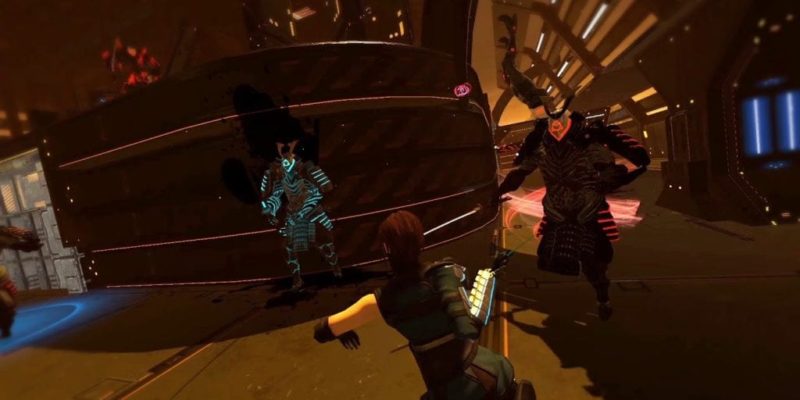 Sairento VR is played in the first person, but thanks to a new plugin from Pryde VR, players can now see the action in third-person thanks to the new recording feature. Two new maps are also available, Shimokitazawa Street which is a network of urban clusters nestled atop Cyber Tokyo’s tallest building, and Yorokobi District which is home to Cyber Tokyo’s RoboGeishas.

This ninja slashing game will come out of Early Access on 19 January and it’s well worth a look if you have a VR headset.