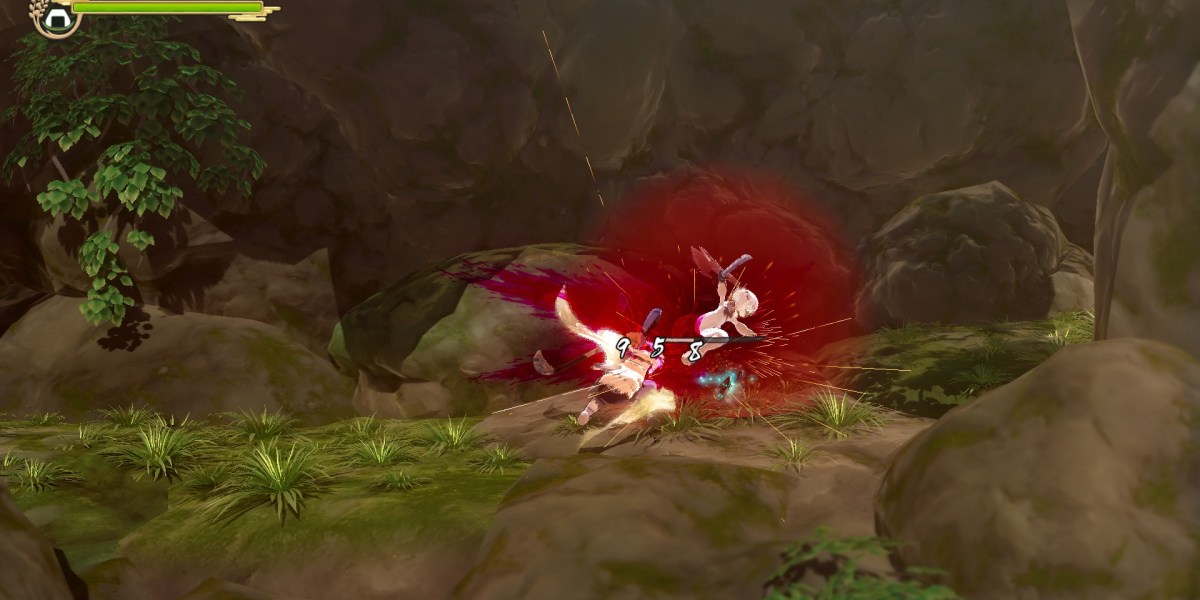 Sakuna: Of Rice and Ruin may look simple at the outset, but that’s simply not the case. There’s a lot of depth to the combat, so I’m going to break down everything you need to know so that new players can have a better idea of the moves at their disposal. One quick tip that I’ll put out there is this: don’t feel bad about lowering the difficulty if you don’t want to wait for a harvest stat buff. There will be times that you simply won’t be able to progress otherwise.

Sakuna herself has a light and heavy attack at her disposal. The light attack is obviously quick and nimble, while the heavy one is more damaging and slow. But they’re useful for different things in Sakuna: Of Rice and Ruin. There are different attacks depending on which direction you’re pressing while you press the attack buttons. If you want to do the default combos, you’ll need to attack without pressing any directions at all, which is important to utilize immediately.

Pressing left or right with Sakuna’s basic attack will see her unleashing a single quick dash to the side. This is great for getting into an enemy’s face before letting them have it with a non-directional combo. Smaller, weaker enemies can be easily lifted into the air with her light up attack. This not only knocks them upward but takes Sakuna with them, allowing her to air combo them. It’s important to do this as much as you can, as being off the ground not only lessens the chances for enemies to wail on you while you’re picking on a single foe but because finishing the air combo will smash that enemy into the ground at an angle. If they hit other enemies, they’ll damage them. 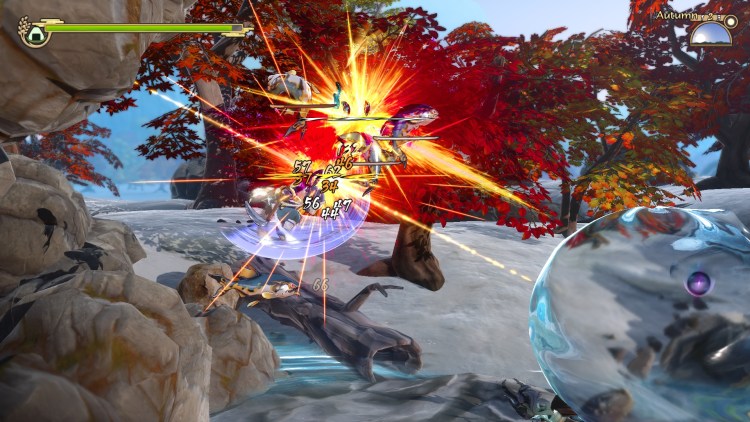 The heavy attack is similarly useful. Sakuna can launch enemies into the air with this too, but you’ll have to jump to continue hitting them. You’ll want to use this attack against slower, heavier foes when there isn’t a lot of opposition, as the damage is simply much higher. The right and left strong attack can knock enemies down and away from you, so it can be useful to clear space. You can also use it during air combos for more deadly smashes. One of the best advantages this move presents you with, though, is the down air attack, which smashes below you. This is great for getting the drop on foes or for when you’d rather send them straight down instead of at an angle. Naturally, you can harm both the foe in the air and the ones below with this.

As far as other basic abilities, Sakuna can dodge. There’s no button associated with this and you’ll need to double-tap the direction you wish to move in. This is how you’ll avoid incoming damage. It also allows you to move through certain enemies and is excellent for getting out of the range of larger, stronger foes or just creating some space between you and the hordes. It’s rather indispensable but Sakuna: Of Rice and Ruin doesn’t teach you about it in the tutorial, which I found questionable.

Another important thing the tutorial doesn’t teach you is about parries. If you press left or right upon receiving a hit from that side, Sakuna will take no damage and the attack will be reversed, leading the enemy to glow purple as they’re knocked down and stunned. If you can master the timing of this, Sakuna: Of Rice and Ruin will give you a lot less trouble. There will be plenty of times where too many enemies are attacking too quickly and you won’t be able to parry them all, so don’t get too greedy or you’ll pay the price. 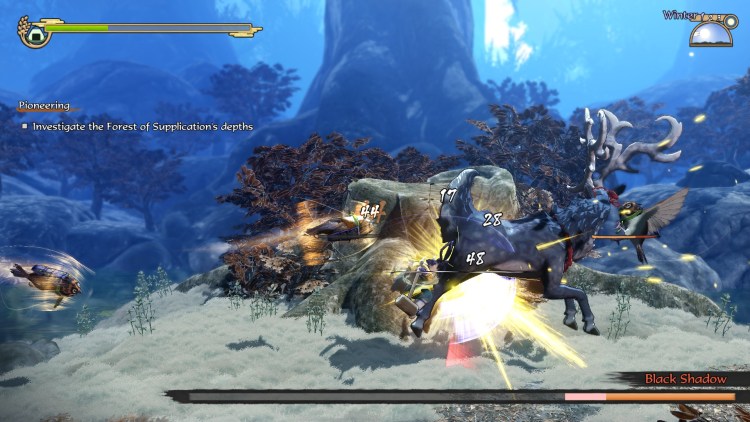 But wait! There’s more! Sakuna makes use of skills. These need to equipped from the menu and you’ll learn more as you play. Each skill gets more powerful and useful as you utilize them. The skills page in Sakuna: Of Rice and Ruin stipulates how much you’ll have to use it to unlock the next level and there are quite a few. These skills are tied to SP, which regenerates quickly and is shown via a green bar above Sakuna. Most skills use up a lot of this meter, so you won’t be spamming them one after the other. They’re you’re biggest damage dealers, though, and are exceptionally useful.

The first one you get is a smash that knocks enemies back with even more force than the directional heavy strike. This will often send the foe it hits flying and will then knock down the enemies they crash into. It’s one of the most useful skills in the game. It’s also used to break progression-blocking boulders and spikes. Many of the levels in Sakuna: Of Rice and Ruin have spikes all over them and touching them does a lot of damage.

But if you hit an enemy into them with this smash skill, you can break them. Fangs look like spikes but can’t be broken, but it’s still a good idea to knock enemies into them and let them do the work for you. If you knock an enemy onto a whole floor of spikes, they may not be able to get back on regular ground and will bounce on the spikes until they die. There’s also a downward strike skill that you use on the ground which does a huge amount of damage. One of my personal favorites is the side attack skill where Sakuna unleashes a combo of quick attacks followed by a single strong one. This gives her hyper armor and is great for large enemies that tend to knock her back. Finally, there are Sakuna’s raiment skills. Sakuna has the default ability to attach her raiment to enemies and the skills, which also use SP, increase its effectiveness. Weaker enemies can be stunned and pulled with one of these skills, although you’ll need to have larger foes in a vulnerable state to do the same to them. It works just like it does with air launching. When an enemy is vulnerable and not giant, you can launch them or pull them to you and stun them regardless.

Sakuna: Of Rice and Ruin can be a tough game but you’ve got a lot of options. Keep what I’ve said here in mind and you can probably get a faster grip on the combat mechanics. Just don’t underestimate the enemies. They may not look like much but they can knock the hell out of you.

Destiny 2: Beyond Light — How to get No Time to Explain