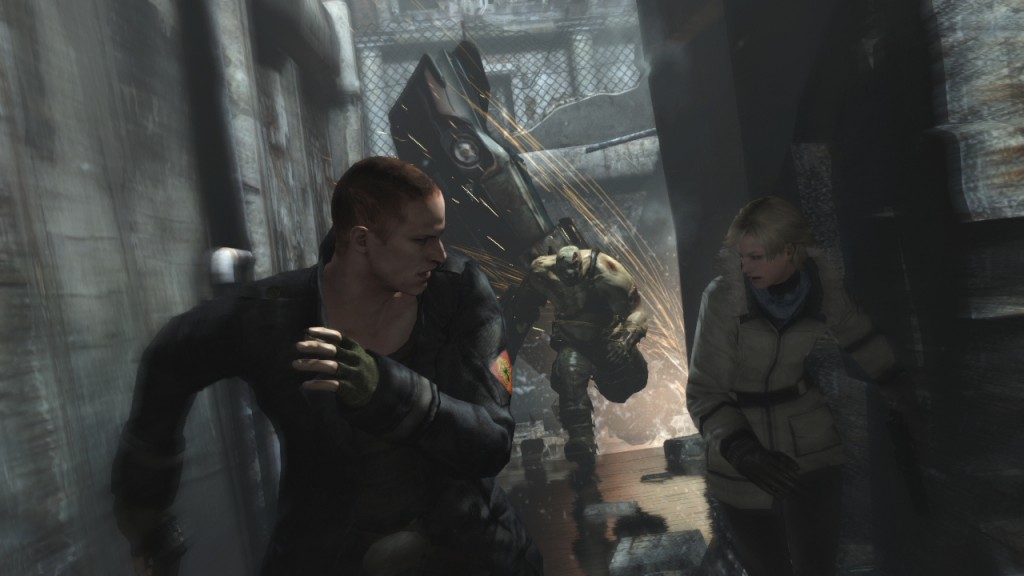 An all-new Resident Evil 6 demo will be released on 18 September, distinct from the one which was previously exclusive to those who owned a copy of Dragon’s Dogma on the Xbox 360. In this fresh sample, you’ll be able to try out sections from all three main strands of the game, in either solo or online co-op.

As Leon or Helena, you’ll “further explore the dark corridors and moonlit grounds of Ivy University”; Jake and Sherry will be on the “neon-lit streets of Lanshiang” trying to “fight off the J’avo”; and Chris and Piers “head with fellow BSAA team members to the war-ravaged streets of Edonia”.

In addition, that Xbox 360-exclusive demo becomes slightly less exclusive on 5 September, when PS3 owners of Dragon’s Dogma will get a chance to download it as well.

You won’t be playing CoD: Black Ops 2 on Windows XP