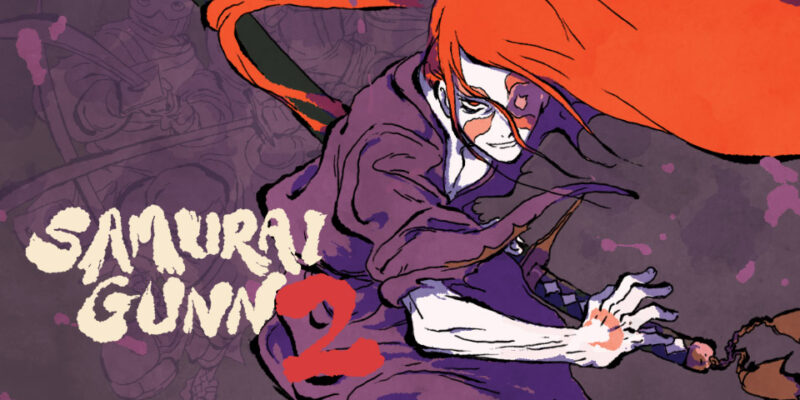 Get ready for some murder madness as Samurai Gunn 2 launches today on Steam in Early Access. This 8-bit, retro-style platform fighter has tons of modes and gameplay elements to explore, and best of all, it’s all included in Early Access.

The Early Access for Samurai Gunn 2 comes with three different game modes that you can play with friends or alone. The game is launching with eight playable characters, nine versus levels, and the beginning stages of Adventure and Comic mode.

If you’re ready for a fast-paced, samurai-themed fighter, then the high octane combat of Samurai Gunn 2 may be for you. As described on the Steam page, each samurai is loaded with a Sword and a Gunn. By swallowing bullets, you can dash and fire your Gunn to eliminate foes.

The current roster is quite small, with only eight characters. However, the game is bringing other indie characters along by including Minit (from Minit) and Ana from the Spelunky games. The Steam page hints that more guests could be coming, so we may see some more indie darlings make a cameo here in the future.

The mode with the most content as of now is the Adventure mode. In the game’s campaign mode, players will explore the ‘Forbidden Forest,’ facing off against the Cursed Tengu while exploring and searching for enemies and secrets. Friends can join in on the adventure with online or couch co-op. Finally, the game has a unique Comic mode, which will be “a 200-page Samurai Gunn graphic novel by acclaimed French artist Valentin Seiche.” Early access will have the first chapter ready to read.

You can check out the trailer for the game below. Currently, you can download Early Access for $13.49 USD, down 10% from its original price of $14.99 USD on Steam. Be sure to take advantage of the sale if you’re interested in this samurai slasher.