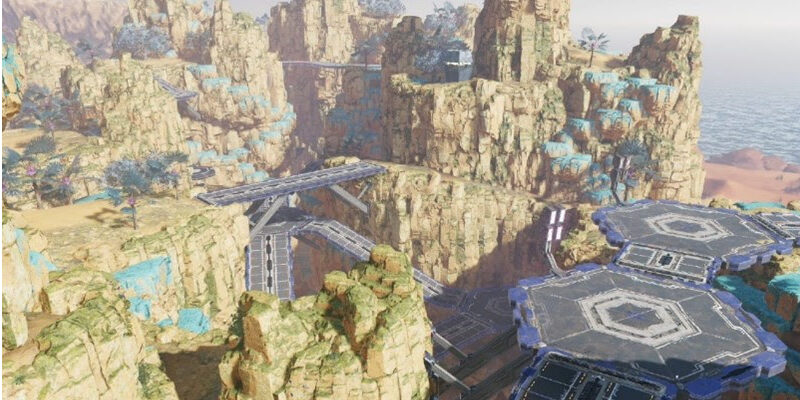 Having launched last June, Phantasy Star Online 2: New Genesis has so far managed to remain a relatively well-received MMORPG. However, many players have expressed concerns over the lack of available content at launch. Although some smaller updates have somewhat alleviated this issue, it’s a large-scale expansion that is really needed. Thankfully, today’s reveal of the Sandstorm Requiem expansion for PSO2 New Genesis looks to be just that.

Sandstorm Requiem is the first major expansion for New Genesis. It will release in December as a free update, bringing a wealth of content with it. That includes a new region, enemies, bosses, weapons, skills, and a title system.

The biggest addition in the Sandstorm Requiem expansion is a new region called Retem. Retem is a mostly desert region that features sand dunes, rocky terrain, and wide canyons. Aesthetically speaking, it looks to be a large depart from New Genesis’ first region, Aerio.

But a region is nothing without the content in it. Alongside Retem, Sega is also introducing a variety of new enemies. This includes a new boss called Fortos Launcher. Fortos Launcher fires an array of ranged attacks that will force players to keep on the move. 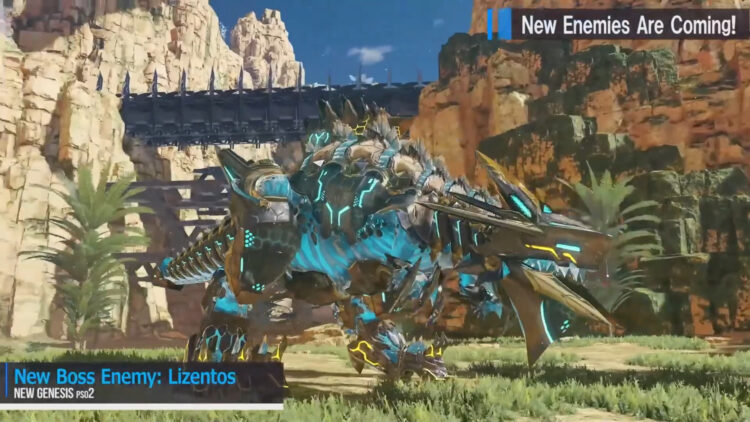 Two other bosses are also being added — Fortos Laser and Lizentos. Fortos Laser is a variant of Launcher but swaps out the missile attacks for a huge area of effect laser beam. As for Lizentos, it is a mechanical dinosaur that uses powerful close-range attacks like bites and charges.

In addition to the three new bosses, a new regular enemy is also planned. Named Metius, it will test players by having them stay out of reach of its sweeping melee attacks. Its long arms give it exceptional reach for punishing players who fail to parry or escape incoming attacks.

A continuation of the story will be available once Sandstorm Requiem is added to PSO2 New Genesis. The second chapter will see you, Aina, and Mannon head to the Retem region as per Crawford’s orders. His hope it that his three most trusted soldiers can successfully establish friendly relations with the Retem locals. 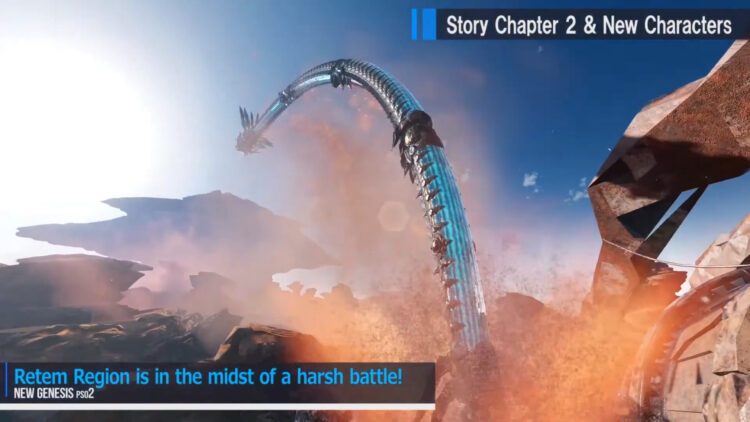 However, upon arrival, it becomes apparent that things are not as expected. The Retem region is currently at war with the most fierce DOLLS units we’ve seen yet. It’s up to you to lend a hand and turn the tides of war and help out new characters like Hadi, Nadereh, and Jalil.

In the live client, players cap at just level 20. The introduction of the Retem region will see this raised up to level 35. These extra levels will allow players to raise their stats higher than ever and fight stronger enemies on equal footing. 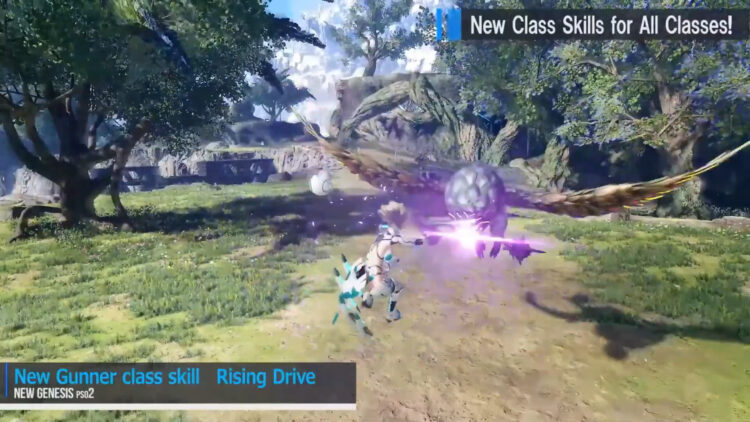 Each of the game’s eight classes will also receive a new class skill. Some examples of these are the Hunter classes‘ Sword Arts Charge Avenger and the Fighter classes’ Dagger Spin Axle. New class skill means improved combos and higher damage potential.

It’s no secret that MMORPG players like to show off their achievements. Many MMOs allow this by rewarding rare pets, items, or titles for certain feats. An equivalent of this is not present in PSO2 New Genesis but Sandstorm Requiem is changing that.

The long-awaited expansion will introduce a title system. Players can unlock Titles by completing difficult challenges or goals. The example given is completing all Trainia with an S ranking. Other titles will be rewarded based on total enemies killed, battle power, class level, and much more. This addition should provide players with long-term goals to chase, something New Genesis was previously lacking.

Games Done Quick unveils the list of speedruns for AGDQ 2022