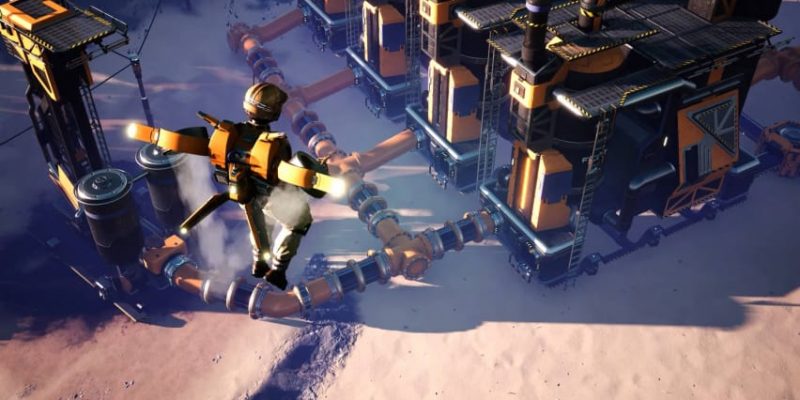 Who knew building factories could be such fun? If you have not had the chance to experience Satisfactory yet, you are in for a pleasant surprise. Coffee Stain Studios’ take on futuristic factory construction captured imaginations over at the Epic Games Store at launch, before making its way to Steam Early Access. Following months of content additions and big updates in between, the team has unleashed the latest Update 4 for Satisfactory, and it is a big one.

There are a ton of features being implemented as part of the new update. Hoverpacks, drones, improved lighting, and even a particle accelerator are now part of your Satisfactory tool kit. Of course, there are tons of quality of life tweaks and improvements as well.

By moving up tech tiers, players are able to access more interesting tools and additions in Satisfactory. With Update 4, you can play with your new toys once you reach Tier 7 and the newly added Tier 8. You will need to get used to the new resource that is Nitrogen gas.

Pipes will no longer just carry water and oil. They will now work for gases now as you head into the late-game stages. As an emphasis on the new resource, Satisfactory has implemented a new way to harvest gases and liquids. Players will now have to place nodes around extraction points, and it matters what kind of veins you find. Producing nuclear power just got a little more complicated. 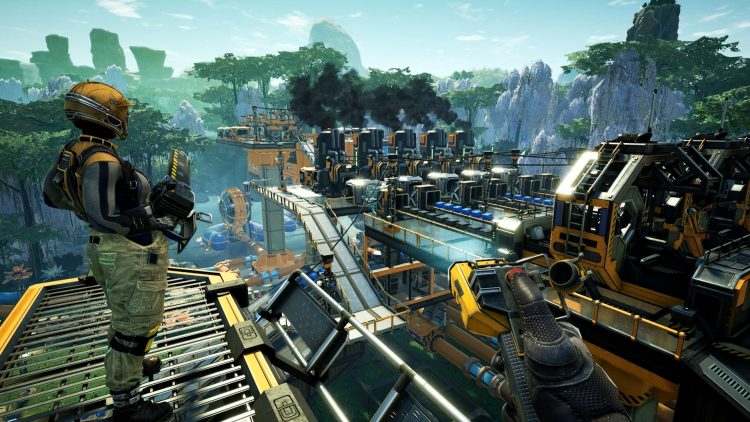 As for the particle accelerator, it is absolutely an endgame goal to pursue. You might wonder why, but when a piece of technology can create what is called nuclear pasta, you most certainly want to check it out. Whether we can eat it and survive, that is a whole other matter.

Update 4 does not just add to buildings in Satisfactory, it also changes how you maneuver around the world. Drones are now a thing, which can help you ferry resources across the map without a fuss, while ziplines make for a great way to access areas of your factories more quickly. And have I mentioned the new hoverpack?

You do not have to worry about running out of fuel for your hoverpack. Instead, you just need to be near your powerlines to take advantage of this new tool. By gaining a better view of things, you will be able to plan out your factories more efficiently.

The hoverpack also grants you a longer distance by which to interact with parts in Satisfactory. Gone are the days that require you to be up close and personal with parts. Now, you can just point from a distance and get going.

There is a list of other changes that have arrived with Update 4 for Satisfactory. New parts and resources have been added, including for Project Assembly. Balancing, progression, optimization, networking, user interface, and more have also been adjusted to provide an overall better experience.

Suffice to say, Coffee Stain Studios is doing its part to make Satisfactory even better. Update 4 is now available on the experimental release, and should release for the main build in the near future. It is now up to you to make the dream work.