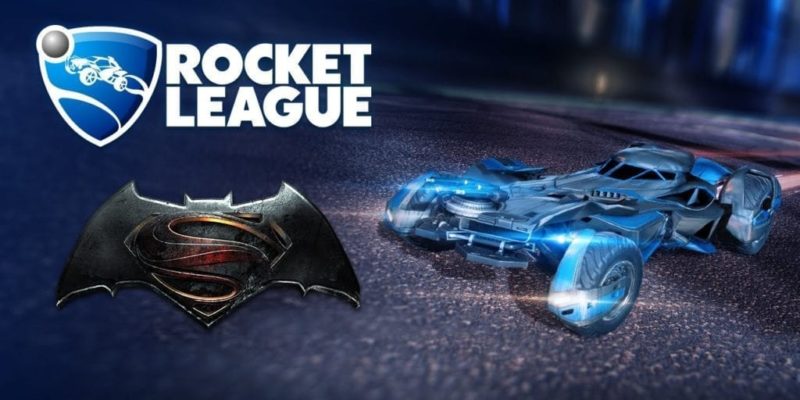 Regardless of your opinions on the upcoming film, Batman vs. Superman: Dawn of Justice, I think we can all agree that driving the Batmobile in one of PC’s most popular titles, Rocket League, would be awesome.

Thankfully, this seems to be a reality. Developer of Rocket League, Psyonix, confirmed the release of a Batmobile DLC for the title in anticipation for the epic coming next month. The vehicle is modeled after Batman’s “Battle-Car” from the upcoming film.

The DLC will also feature three antenna flags based off Batman, Superman, and Wonder Woman.

Batman vs. Superman: Dawn of Justice will be in theaters on March 25th. You can check out the trailer for the DLC pack below.