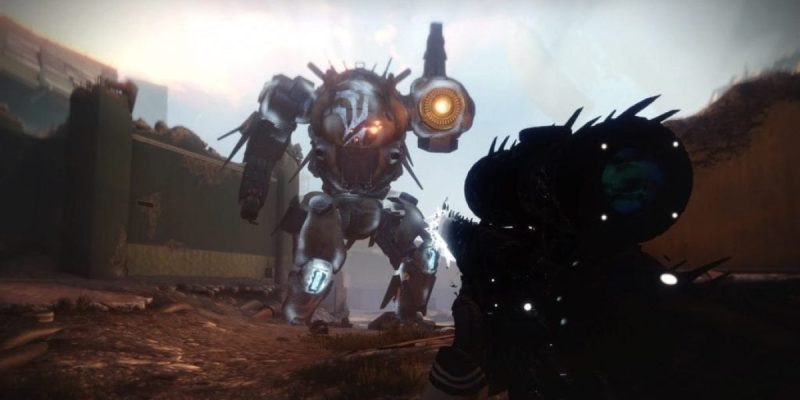 The next part of Scourge of the Past might be one of the most exciting and pulse-pounding encounters in Destiny 2 so far. It involves using your sparrows to race to the end of a very long pathway, avoiding mobs, surviving, and locking the hatch behind you. Why? That’s because a gigantic, flaming servitor is chasing you! Think of it like Indiana Jones and the Raiders of the Lost Ark, Destiny 2 style.

Watch the video from Esoterickk to see how a regular run goes:

Two people need to reach the end and melee the active panels at the same time to close the doorway. This prevents the servitor from catching up and burning everyone to a crisp.

Since it’s important to zip and zoom all the way to the exit, you’ll actually want a 160-speed sparrow with the instant-summon perk (or a Ghost Shell that has it). If your sparrow has taken a lot of damage, just hop off and re-summon it quickly.

While you’re in the middle of being chased by a servitor, you can also try to grab the hidden chest. Your team has to activate multiple switches as you pass by them. Here’s a video from Postmaloy:

From here, you’ll eventually arrive at the Sewers. It contains a very short jumping puzzle where you just need to hop on some pipes and make your way to a ledge at the top of the room.

Next up is the Caves/Maze which isn’t as confusing as Golgoroth’s Maze in Destiny: The Taken King, thankfully. All you need to do is hang left for each and every fork that you find. Eventually, you’ll make it to the next area which has another encounter that requires you to drive tanks!

By Matt Henzel4 hours ago
Guides