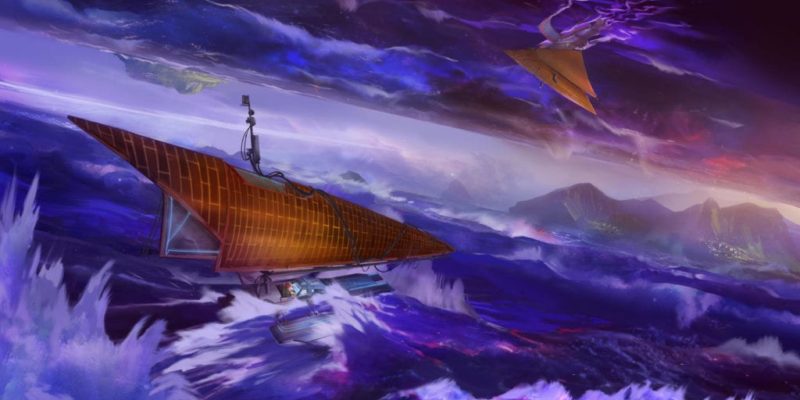 Anchors in the Drift has just been revealed by Scribblenauts developer 5th Cell and it’s the latest crowdfunded project to appear on Fig.

The game is described as a free to play ARPG which gives players the ability to craft and create their own abilities from collectible cards. An inter-dimensional empire called The Domain has invaded Earth which has collapsed time and split the world into islands spread across a quantum ocean known as The Drift. Heroes, which are called Anchors, will have to traverse this sea and liberate these invaded islands which are called Remnants.

When one of these island Remnants has been discovered player will choose a hero (Anchor) from a set of classes and use abilities which are created by collectible cards called Arc Mods. Once an island has been liberated there are rewards such as XP and loot for the characters.

According to 5th Cell there is a “near infinite” amount of abilities that can be created with collectible cards which can be found in loot crates. These cards can then be placed into a “workbench” and abilities can then be created and previewed as cards are arranged in different orders to change the ability. Once players are happy with he results they can save the ability and assign it an icon.

To open the loot crates and gain access to these essential mods, players will have to use Master Keys which can be acquired with in-game currency or real cash.

It all sounds a little bizarre but looks straightforward enough and it’s an interesting take on a skills system for an ARPG. 5th Cell are looking to raise 500K and they have 30 days to do so.

Sherlock Holmes gets new Frogwares case in The Devil’s Daughter

By Kevin Carignan4 mins ago
News