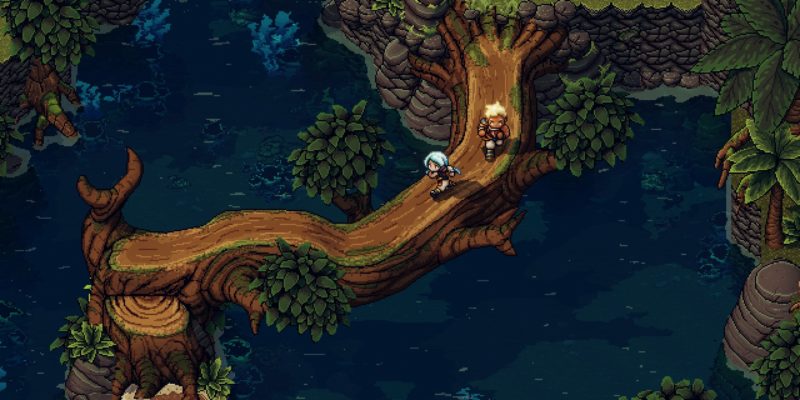 The Messenger released in 2018 to very positive reviews, and developer Sabotage Studio is revisiting that universe with a follow-up title set far in the past: Sea of Stars. The Kickstarter campaign just launched today, and development has a long road ahead. Still, Sabotage has a very focused vision of the game it wants to create.

By your powers combined…

Players will take on the role of the Children of the Solstice, who possess sun and moon magic that together forms Eclipse Magic. They are guardians of their world and will face off against powerful enemies, including a nasty fellow called the Fleshmancer. At the beginning of the game, players can select either Zale or Valere, who wield sun powers and moon powers, respectively. That won’t be all, though. Sabotage plans on having six playable characters when Sea of Stars releases.

Sea of Stars is a turn-based RPG, and while it will pay homage to the great RPGs of the past, Sabotage is also modernizing many of the traditional game mechanics. Gone are the days of grinding enemies; combat in Sea of Stars will depend just as much on your skill as your level. For example, when Valere casts a Moonerang, hitting the correct input at the right moment during its return will send it repeatedly flying towards the enemy. 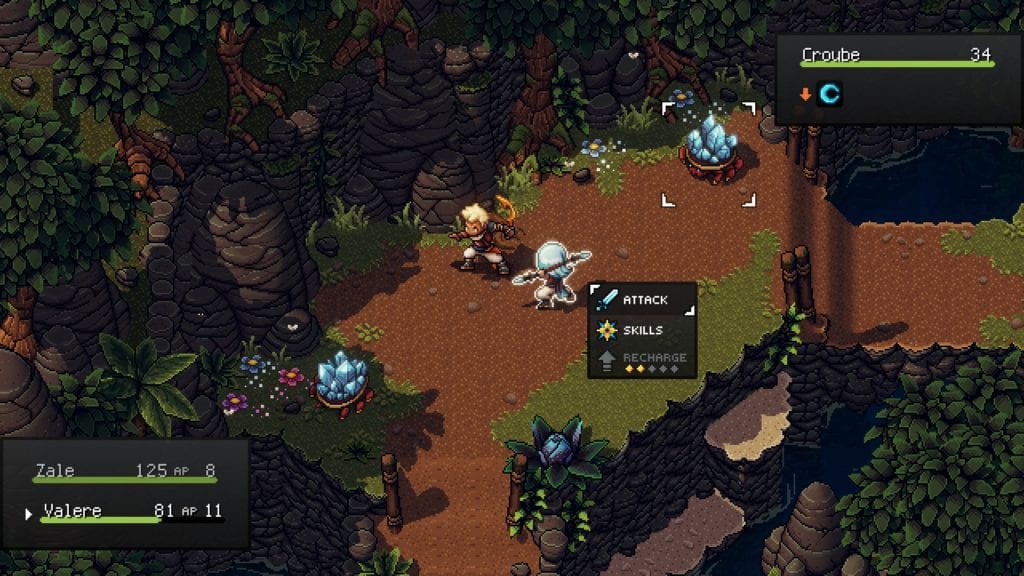 Combat happens immersively, as well. You won’t transition to a battlefield, but instead, fight right where you found your enemy. All in all, it looks like combat in Sea of Stars will be very active. There won’t be any selecting attacks or specials and watching your characters just trade blows.

Go where you want

Sea of Stars definitely shows reverence for older RPGs like Chrono Trigger and other 90s RPGs, but wait until you see the new traversing mechanic. Valere and Zale, the Children of the Solstice, can move easily across the beautifully detailed maps. Players will be able to swim, jump, climb, and more as they move about the world. No more giving up just because a fallen tree blocks the path. It looks very fluid and fun to play. 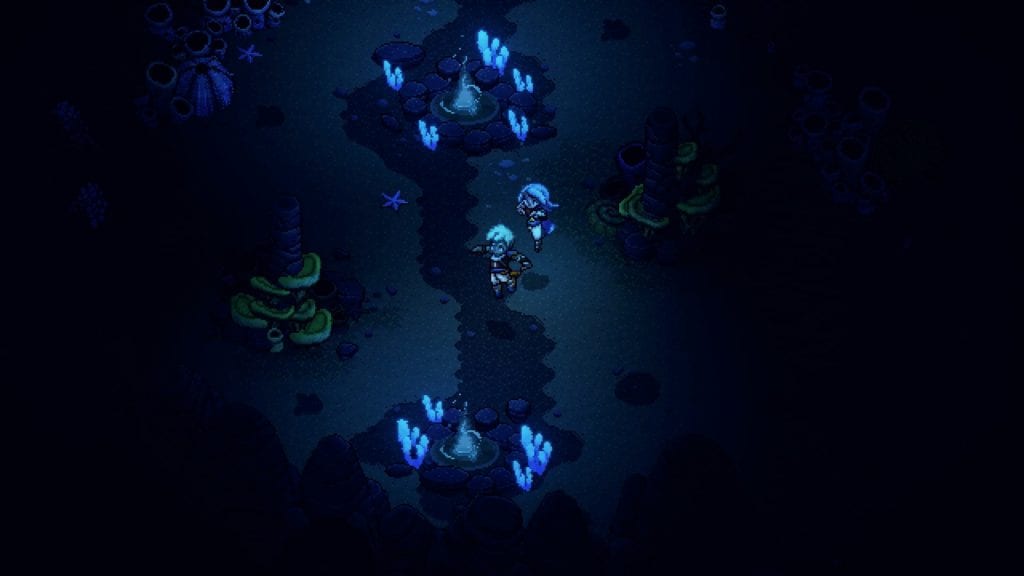 It also helps that the environment is such a wonder to look at. Crystals illuminate underwater caves, ripples spread out around your character as you swim, and grotesque monsters float by in dark places. In addition, the shadows are exceptionally well-done and behave appropriately according to the time of day. Oh, and there is a day/night cycle, which you can control to solve puzzles — and likely for other purposes.

Sea of Stars has just launched its Kickstarter today. As of this writing, they are approaching $64,000 of a $90,000 goal. Sabotage Studio has a long way to go with development, but what it’s shown so far looks like a promising follow-up to their 2018 hit.