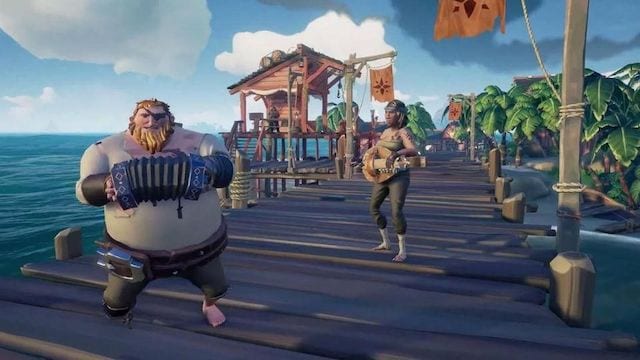 There are a lot of people out there that want to give Rare’s Sea of Thieves a proper sail. However, some may feel left out because they can’t get a trustworthy crew to go with them. Not anymore, mateys.

Rare has launched a new program today to help people find the crew of their dreams — or other pirates’ nightmares. Called the Affiliate Alliance, it will help you find worthy players to join your plundering, so you don’t have to do it alone.

Can you help out a fellow pirate, scalawags?

With French, Brazilian, German, Italian, and Russian communities already available, the Alliance looks to continue building at a rapid scale. Sea of Thieves fans can use the tool, which makes it “easier for like-minded pirates to find each other and get sailing together.” Think of it as a dating service, but with looting instead of that dating stuff.

In addition, the website also offers opportunities for fans to “get involved in community-led initiatives and events surrounding the game.” Specifics haven’t been announced just yet, but they’re likely on the horizon.

Rare is also offering the chance for players to submit their own community to invite people into. You will need to meet certain guidelines, but it shouldn’t be too big a deal if you run a ship-shape group.

Those accepted into the program will have access to a private Discord group. Here, you’ll have a chance to chat with others that run communities, along with Sea of Thieves‘ own community team. It’s a great way to put events together, or simply find others in a pirating state of mind.

Best of all, this feature doesn’t cost any of your hard-earned booty. The Affiliate’s creation came with community building in mind. And thus far, it’s taking off like cannon fire.