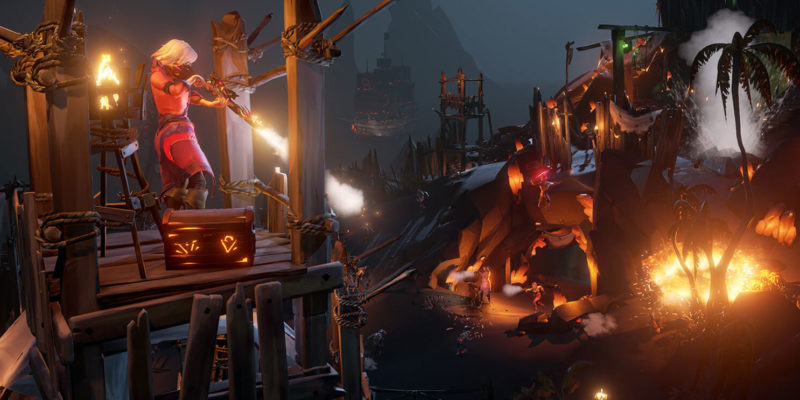 The return of a certain fiery-tempered Skeleton Lord to Sea of Thieves in the free Crews of Rage update has resulted in some explosive repercussions across the seas. Plus, a new Cursed Chest has surfaced, the Chest of Rage – and let’s just say it’s causing some heated encounters.

The theme of the Sea of Thieves Crews of Rage update is fire and fury, which is perfectly embodied by the new Chest of Rage. It contains spectacular loot but will blow up in your face (or your ship) if not kept under control. It’s a ticking bomb bound by the furious souls of lost crews. You will need to use some skill and teamwork to keep it from exploding with incandescent rage. And fire. Lots of fire. Crafty pirates out there might try using the Chest of Rage to damage their enemies instead of their ship and crew.

If you manage to successfully keep the lid on a Chest of Rage, you can return it to the Gold Hoarders for a handsome gold and reputation reward. If all you want is gold, gold, and gold, then you can also turn in the Chest of Rage to the Masked Stranger in the Reaper’s Hideout for double the gold, but no reputation.

Here we see the Ashen Skeletons from the Devil’s Roar region modeling the ‘burned to death’ look.

Several special Bounty Voyages have also been added to Sea of Thieves with the Crews of Rage update. As always, the bounties can be picked up from Duke. They will see you set sail for the deadly Devil’s Roar region and back out to a target island. The skeletons you encounter in this region are sporting a crispy new look and are immune to fire.

All the Forts across the Sea of Thieves have gone cold, except for the Molten Sands Fortress, which is the hottest place to be right now. There’s a Chest of Rage in the Fort’s vault, Commendations to be earned by blasting bony defenders, and the last set of Ashen Tomes to be collected. You can trade the Tomes with Duke to unlock Ashen cosmetics for your ship, so don’t miss these. 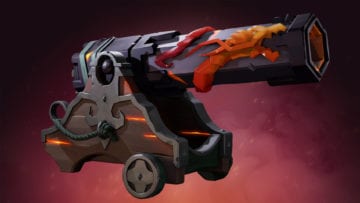 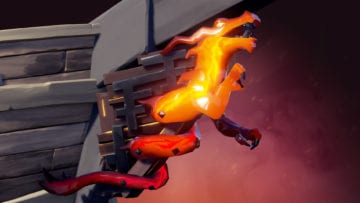 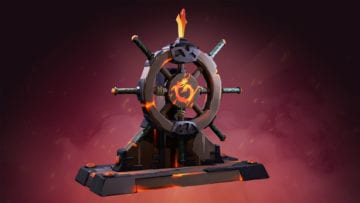 The most generous thieves to ever sail the seas

The Festival of Giving that started in Sea of Thieves in December saw a very special ship cosmetic added to the Pirate Emporium. Each purchase of the Noble Pathfinder Sails cosmetic saw money being donated to the SpecialEffect charity. This charity uses innovative technology and software to help people with disabilities – which includes making gaming more accessible to them. Through the sale of this cosmetic, Sea of Thieves and its players raised $76,205.90 for SpecialEffect. It was a wonderful effort that’s sure to warm the cockles of your heart.

Farming Simulator 19 getting the Bourgault DLC on March 10