If you’re in any way familiar with the recent resurgence of the Hitman franchise, you’ll have heard about the Elusive Target system. It first appeared in 2016’s Hitman. Now, actor Sean Bean makes his appearance in Hitman 2 as its first Elusive Target.

Sean Bean has an odd reputation in Hollywood. He’s a fantastic actor, but he always kicks the bucket in whatever movies he appears in. And Hitman has really leaned into this with his portrayal as Mark Faba. Faba is a disgraced M16 agent who has been confirmed as “KIA” more than a dozen times, earning him the nickname “The Undying.”

After You’re Done He’ll Just Be ‘The Dying’

In this new mission, Mr. Bean is, again, portraying one Mark Faba. The mission takes place in the Miami Racetrack level, and wow, there are a lot of ways to take out the Game of Thrones star.

Just like any Hitman level, there is an amount of variability unheard of in any other game. Your only goal is to bash the Bean, in any way that works for you. Because this is an Elusive Target, however, you have to play your cards right. If you happen to fail, then that is it. It’s over. The mission is gone. 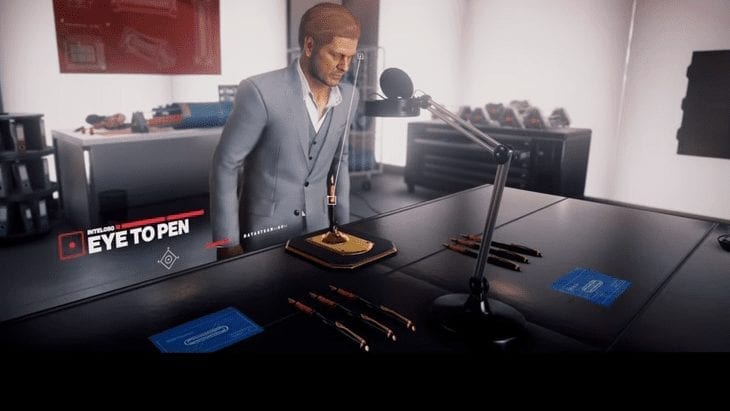 There are only 14 days to eliminate Mark Faba. And you’re expressly told to make sure he doesn’t come back again. Seems like, even in the Hitman universe, The Bean is immortal. Personally, I hope IO Interactive brings him back as a reoccurring Elusive Target over the entirety of the season.

Could you imagine? Multiple missions with our boy Sean, each one getting more difficult, more frustrating, as even Agent 47 has to admit it’s impressive for one man to be so hard to kill?

All this to say that the Elusive Target The Undying is officially live. Hop onto Hitman 2 immediately and complete your solemn duty of maintaining Sean Bean’s fatal film track record.