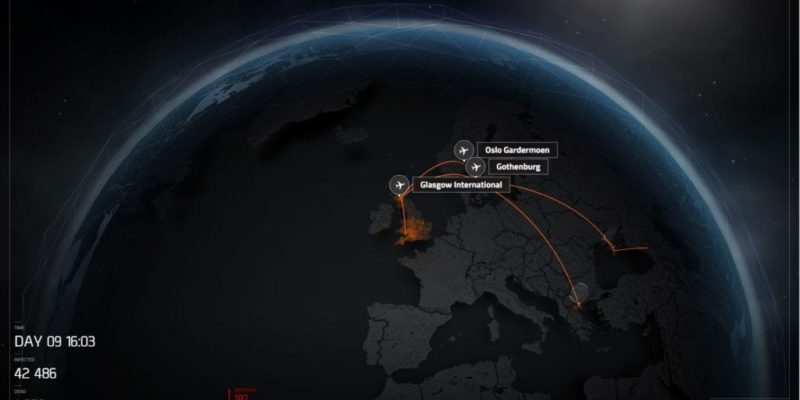 UbiSoft has kicked off anther marketing campaign for The Division with the launch of the Collapse website.

Usually we don’t post this kind of stuff on PC Invasion but this is actually quite fun to watch. It wouldn’t be quite so fun if it was real.

This simulation asks you to enter your home address where you are suddenly taken ill and then whisked to a local hospital. Based on this information you provide, you’re then given a number of choices like which local pharmacy you would go to for a flu shot, where you would go for vaccinations etc.

From my location in Somerset, I was whisked to Taunton, I then went to Boots for a vaccination and decided the Taunton Odeon cinema was the best place to set up a vaccination centre, riots then erupted at Tesco, Wellington was set alight and then I fled to Edinburgh. Taking the flight was a bad move, that only spread it further and everything everywhere started to collapse.

According to the simulation I would  have killed the planet in 26 days which is quite good going. I never knew I had the power to cause such devastation. Go me!

Take it for a spin here.

Play the Shadwen demo now and drop the price