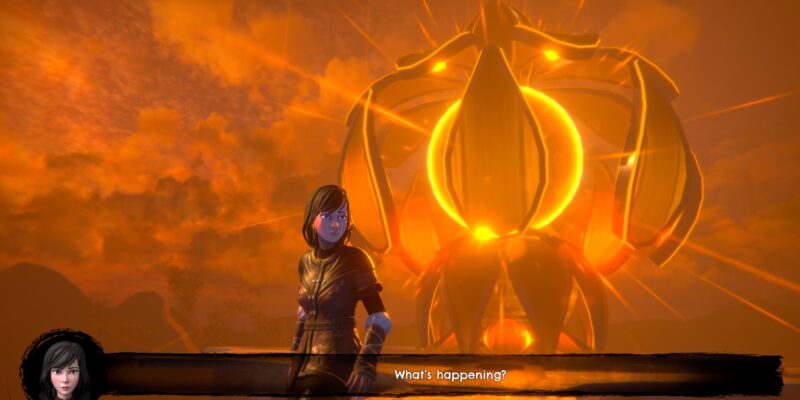 Sometimes I can’t help but kind of like something that has its fair share of problems. Seed of Life is basically an adventure game with collectathon, exploration, and platforming elements all rolled up in to one. It does some cool things, and it also does some things that it probably shouldn’t have done. I was hoping to beat it before launch day to give it a full review, but I got stuck due to some astoundingly bad signposting, so you’re getting this instead. The game has some notable positives and some jaw-dropping lows, but the question stands: is Seed of Life worth it?

Seed of Life is all about a young woman named Cora who lives in a world with a dying sun. Some aliens called Namurians drained its energy or something, now the land is shrouded in darkness. Cora’s grandfather mentions seeds that can restore the sun, so Cora sets off after him, only to meet an alien that wants to help her save the sun. There’s quite a bit of dialogue and it’s all fully voiced. Unfortunately, not only is the dialogue impressively bad, the voice acting is some of the worst I’ve ever heard outside of some dubs for Japanese games.

Cora’s voice actor delivers her lines like she’s never heard people talk before. She also has the tendency to deliver them all similarly, regardless of whether Cora is musing on the realities of how hot lava is or randomly stating things to herself that she’s definitely been well aware of for quite some time. The other voice actors are also bad, but you don’t hear them nearly as often. I tend to turn the volume down to almost nothing just so I don’t have to hear her, honestly. Sometimes I’ll turn the volume up to get a quick laugh though. 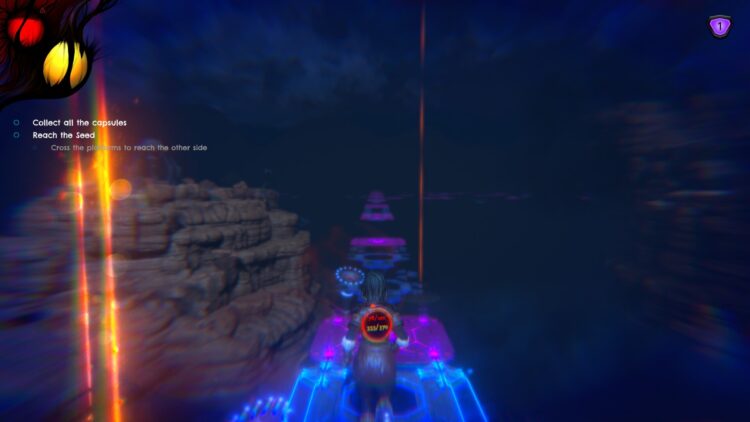 Evil deeds, while I plant these evil seeds

The gameplay in Seed of Life fares better. Well, somewhat. Cora has health and magic bars. At first, going out into some areas will drain her health, but you’ll come across abilities that help with survival. There are shield generators all over the place and you can take their power sources to place into pedestals that grant new abilities. However, you have to solve a meaningless puzzle each time. While these are never difficult, they’re pointless and totally lacking in any logic or reason. Granted, some of the powers and how they work are neat though. For instance, Cora can heal herself, sprint, pull herself to magnets in the sky, and jump across chasms. You’re also constantly able to increase her magic capacity by finding plants, plus her health can be upgraded at specific consoles by permanently sacrificing 100 magic. Of course, the game doesn’t tell you this beforehand.

Seed of Life honestly looks damn good, especially when considering that it was made by just two people. Pretty much every facet of the visuals are well above the standards set by most games with teams this small. But the same can’t be said for the level design. Signposting is often direct enough, but it can also be horribly poor. I didn’t know how to progress at one point because there were vines I was supposed to have Cora climb. Only, I didn’t know Cora could climb vines, so I just died repeatedly until I managed to jump over a gap I wasn’t meant to. Also, despite how good the game looks, the display on Cora’s back showing HP and MP numbers looks like a placeholder, which never stops from feeling jarring.

As for the aforementioned progression issue, at one point you need to run and jump on the tops of crumbling pillars. I’m fairly certain I know the way forward, but the ledge I need to jump to is just a smidge too far for Cora to land on, unless I’m doing something wrong. I’m not sure if this is intentional, because I spent nearly two hours last night trying desperately to progress, only to later learn that an invisible wall had inadvertently been placed in the way of the only way to progress, which was patched earlier today. As for whether Seed of Life is worth it, I like some things about it, but it has some severe problems that could have been worked out with just a little bit of extra time. As such, I can’t imagine it would be worth it for most. 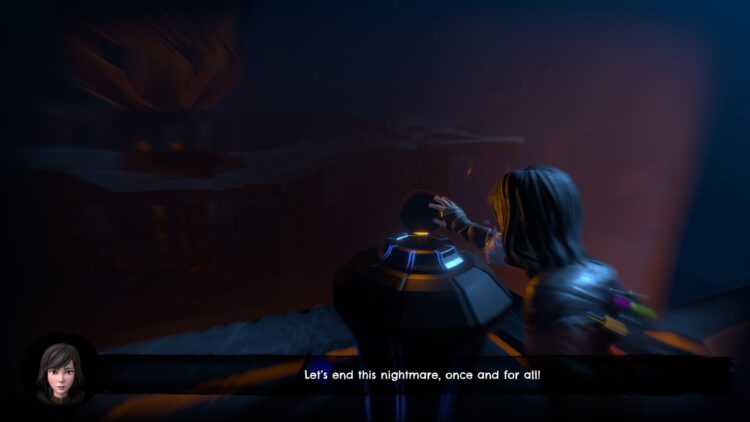