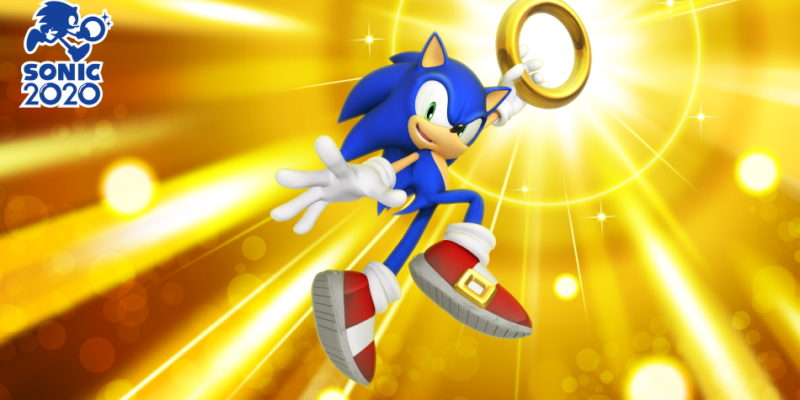 Sega is teasing a big show for its its boy in blue. On May 27, Sega will host a Sonic the Hedgehog event, called Sonic Central, for the mascot’s 30th anniversary. The company is promising quite a show, covering “upcoming projects, partnerships, and events to celebrate.”

Sonic fans have been anticipating a celebration for some time now. Since his 10th anniversary, Sega has celebrated the birth of its little blue blur with games, and sometimes with fresh merchandise and comics. For those who are old like me, you may remember Sonic’s 10th birthday, during which we saw the release of Sonic Adventure 2 on the Dreamcast. For his 20th, we saw the release of the excellent Sonic Generations, a game which celebrated Sonic throughout his long career. Sonic’s 25th anniversary was one of highs and lows, unfortunately. While the third-party developed Sonic Mania was superb, Sega’s own Sonic Forces fell flat. Hopefully, we’ll see something good for this new anniversary.

As for what’s in store, we hope it’s not that embarrassing shitshow Sega put on five years ago. Do you remember the dancing man in the Sonic costume? The awful audio mixing? I try not to, myself. Instead, I imagine Sega will be more conservative this time around, focusing on trailers. We expect to see a new Sonic game announcement, which was something revealed in September last year. Just, please don’t let it be Sonic Forces 2. Sega may also have something for the upcoming Sonic movie sequel and the Netflix show.

Did someone say news?

Tune in at 9am PT on 5/27 for a first look at some of the projects, partnerships, and events for our #Sonic30th celebration! pic.twitter.com/rd4RpyVWFj

Rolling around at the speed of sound

You’ll be able to catch the Sonic the Hedgehog event on May 27, starting at noon ET. Sega is livestreaming it on both YouTube and Twitch, so you have your pick of favorite toxic chats to enjoy.

The last mainline Sonic game was Sonic Forces, released in 2017. Unlike Sonic Mania, which was praised by fans and critics, Forces hit the dirt pretty hard. The game allowed players to create their own Sonic-styled avatar to take on adventures, no doubt making some DeviantArt users very happy. However, the game was received poorly. In the face of a more successful game made by a third-party developer, the reception of Sonic Forces caused Sega to rethink its strategy. Instead of pushing right into the next game, Sega decided to slow down.

“The longer it takes, the more antsy we get. Back in the day, every year there was a new Sonic game. But because of that, the quality of the games weren’t where they needed to be,” said Aaron Webber, Sega PR, during a 2020 episode of Sonic Official. “A couple of years ago, we said that’s going to change going forward. We’re going to take more time going forward. So, you’ll have to wait longer for trailers and stuff. The patience, hopefully, will be worth it in the end. As soon as we have news we’ll share it with you. That’s the best I can say.”

It looks like Sega is finally ready to unveil the next Sonic game. Let’s hope it took the decision to heart.

Blizzard is considering an Overwatch 2 beta and cross-play support