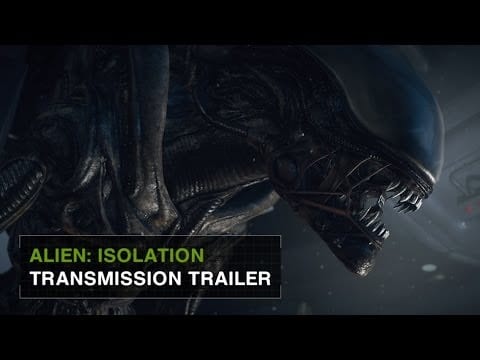 Alien: Isolation, Creative Assembly’s take on the Giger-inspired franchise, has been rumoured and hinted at for quite some time. We’ve had leaks and screenshots and trademarks, but very little official. Today, Sega, Creative Assembly, and Twentieth Century Fox Consumer Products are finally talking about it. Hurray!

Alien: Isolation has you playing Amanda Ripley, daughter of Ellen Ripley, who – while looking for the Nostromo and her mother – has become trapped on a decommissioned trading station on the outskirts of space, with a Xenomorph loose somewhere on the premises. Yes, a Xenomorph. Not 600 of them. And yes, a decommissioned trading station. Not a military base full of guns and explosives. The primary ideas seem to be to make Xenomorphs scary again, and to make “survival” an actual crux of the game. Going by the blurb, you’ll have to scavenge resources and improvise solutions just to stay alive, and this is very much based on Alien rather than Aliens. One beastie, which is smart and lethal, and an environment based around the grimy mechanical technology of the first film.

You’ll note that this doesn’t quite explain what the game actually is, although we’ve previously heard it described as first-person “horror-stealth.” Outlast with a Xenomorph? Hmm.

Personally, I’d like to see something genuinely open and consequence-based, rather than a linear trip through a haunted house. Randomised killings, freeform wandering, actual decisions, and the like; something more like Pathologic, with an alien stalking you and the other survivors around the station, killing you off one by one. I suppose we’ll find out whether I’ll get my wish later this year, as Aliens: Isolation is due out “late 2014.”

There are two videos below – a developer diary, and the announcement trailer – as well as a host of screenshots.