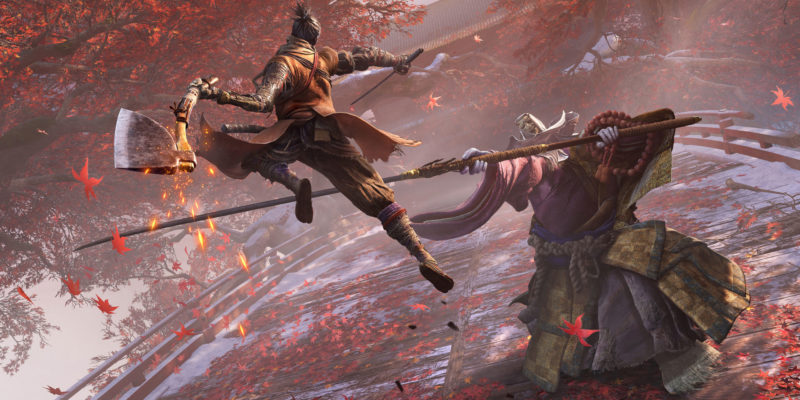 You probably have your own personal “Game of the Year.” It’s usually an experience that was so good or well-polished that everything else in the year was weighed against it. For the Steam community, the annual event is known as The Steam Awards, which provides a platform for users to vote on their top title. Now that the community at large has spoken, one game has been selected by users casting their votes. Sekiro: Shadows Die Twice was crowned the victor; however, the competition was no slouch.

As mentioned, there was a hefty amount of competition for the Steam Awards Game of the Year throne. Sekiro was up against titles like Resident Evil 2 (2019), Star Wars Jedi: Fallen Order, Devil May Cry 5, and Destiny 2. It would be easy to simply write this off as Sekiro winning, case closed. But if you look at each of these games, they share a common theme that Sekiro: Shadows Die Twice does not. For starters, each has some sort of history or fandom behind it.

Star Wars Jedi: Fallen Order also had a major theatrical release providing some extra hype amplification behind it. Juggernauts, like Destiny 2, make it seem like the experience and the ride won’t come to a halt anytime soon. Sekiro winning is also remarkable considering the monstrous success that Capcom had in 2019.

Looking onwards and upwards to 2020, it seems that long-running franchises might have their work cut out for them, even if you are Resident Evil 3. There were a number of staff members here that chose Cyberpunk 2077 and Halo Infinite as some of the most anticipated titles of 2020. It shows that while long-running franchises are a backbone to the industry, it might be something new that shakes things up in 2020. That, or we finally get a true successor to Half-Life 2 and not something in VR.