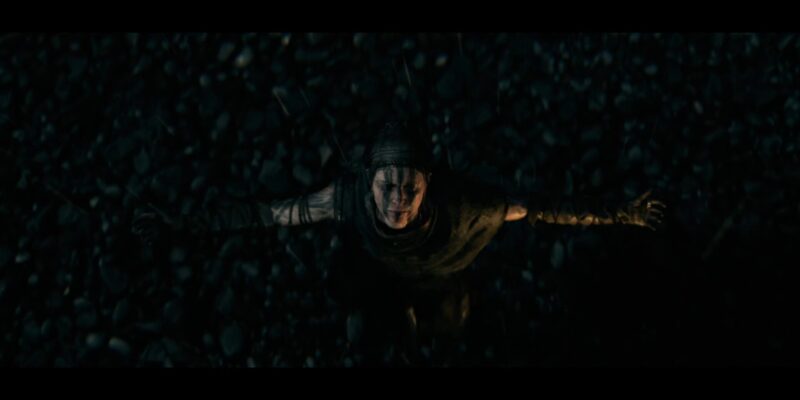 Senua’s Saga: Hellblade II showed up tonight on The Game Awards 2021, and it pretty much blew me away again. It feels like this new footage is almost a continuation from where we last left it. Except this time, Senua isn’t aggressively singing at the camera. No, now she’s off to hunt a giant. And it wasn’t all that successful.

It’s been roughly two years since we last saw the game. But the Hellblade II trailer hit The Game Awards 2021 hard. It looks fantastic, and it should be noted that none of what’s seen in the video is CGI. Like last time, this has been “captured by the development team in-game.” Senua’s Saga: Hellblade II is being powered by Unreal Engine 5 to great effect. Just check out the new trailer below and enjoy all the weird whispering. And screaming. And, just everything else that’s really bizarre. Yes, this is a Hellblade game, all right.

As mentioned earlier in the year, Senua’s Saga: Hellblade II takes place in 9th-century Iceland. The first game brought us to Helheim, and it wasn’t quite clear what was to become of Senua. Clearly, she’s had quite the adventure, and it’s not ending anytime soon. In the trailer, she and a group of warriors sneak their way through a cave. And then things go bad.

Hellblade II returns with a trailer at The Game Awards 2021

Senua and her group explore the cave hunting for a giant. Things go awry almost immediately as the characters start saying that something is calling their name. It’s creepy, without question. As the group delves deeper, they find their quarry. A pale giant, who looks sick or injured, wanders in to rest against the cave wall. And then they light it on fire. Hijinks ensue.

Senua’s Saga: Hellblade II is still far from release. When it does, the game should land on Game Pass for PC.

Alan Wake II has been revealed with a 2023 release