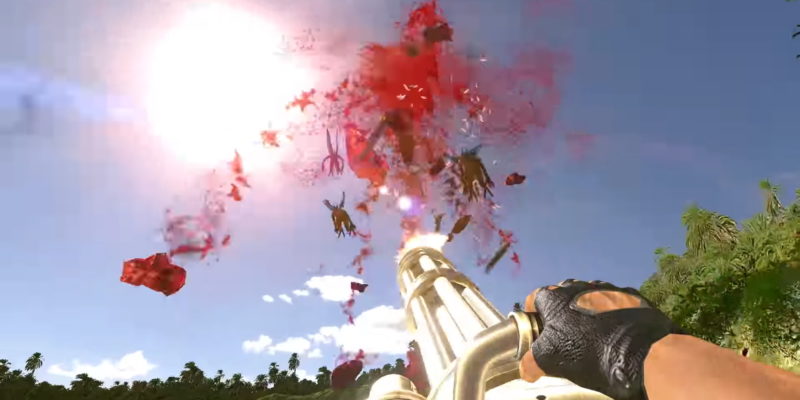 Yes, Google Stadia is still alive and kicking. In fact, the platform recently added a few indies, such as the SteamWorld titles, to continue padding its library. It looks like adding whole collections at once is a much easier way to ensure that there is stuff to play, especially with a service that is still in its infancy. To continue with that theme, the Serious Sam Collection will also join the Google Stadia ranks with three games from developer Croteam.

Why so Serious, Sam?

The Google Stadia team also spoke to Croteam’s Chief Creative Officer, Davor Hunski. He is one of the founders of the development studio behind the Serious Sam. In speaking with the Stadia team, Hunski had this to say about what players can expect from jumping into the shooter for the first time:

With every game in the Serious Sam Collection, players should expect nothing short of epic chaos. It’s more than a first-person shooter – it’s an international adventure filled with high-adrenaline action and face-offs against nightmarish warriors like the Headless Kamikaze. Who doesn’t love playing around with a huge arsenal of deadly weapons while fighting off hordes of monsters?

The Serious Sam franchise itself was created 19 years ago.

The price of a streaming future

Picking Google Stadia as your preferred platform might boil down to a few features and capabilities. But for many, it might also come down to pricing. For example, the Serious Sam Collection on Google Stadia will run you $29.99 USD. If you were to look to Steam, Valve’s digital storefront, then you’re looking at a price of $74.97 USD for all three titles. Now, you could opt-in and buy the complete bundle for a slight discount, but that might be getting too far into the weeds, especially if you’re new to Serious Sam in general.

Logitech G headsets will use ears to provide better sound