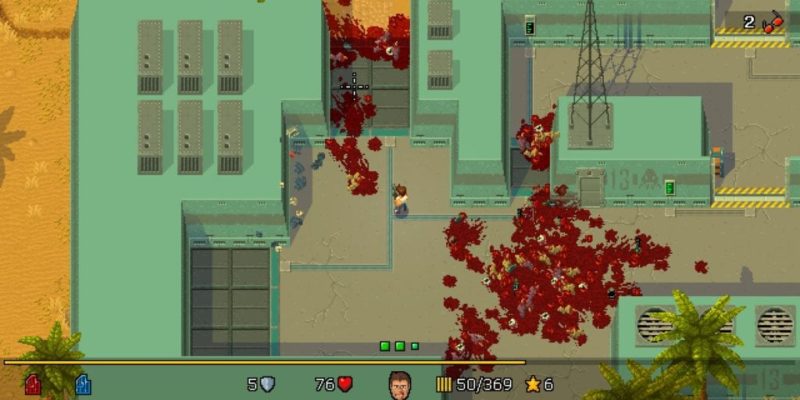 In terms of tone and enemies and over-the-top firepower, Bogus Detour is very definitely Serious Sam. By the end of the second level you’ll probably have two types of shotgun, a minigun, a cannon, and a rocket launcher. You’ll have fought everything from hordes of headless screaming monsters carrying bombs to giant laser-firing biomechs. And, as it goes on, it gets more and more ridiculous. It’s Serious Sam. 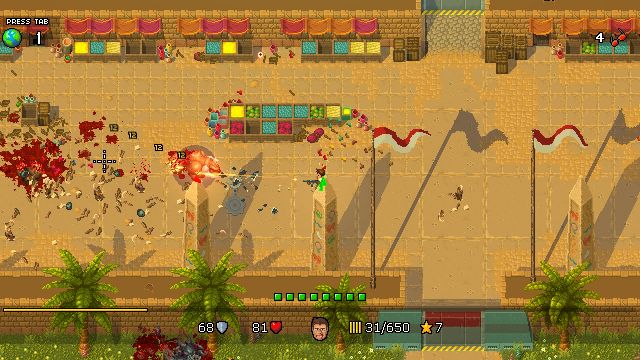 Plenty of familiar enemies, too, like the dreaded Sirian Werebull. Those things are seriously nasty.

The top-down twin-stick shooter-y stuff is probably easiest to compare to the utterly exquisite Enter the Gungeon. It lacks that game’s random elements – this isn’t a roguelite/like/litelike – but its combat feels most similar to that thanks to a heavy focus on a rather nippy dodge roll. Movement is key, both in terms of running like hell away from the charging hordes, and dodging incoming lasers and rockets. Which, dodge roll aside, is also pretty Serious Sam. The controls are tight, aiming is generally fine (with minor exceptions when scenery gets in the way thanks to a slightly tilted perspective), and the weapons all have their uses. Miniguns are great when things get hectic, but ricocheting sawblades can be rather handy indoors, and the flamethrower is awfully good if things get close.

I noted that it lacks randomisation, but the levels themselves are sprawling beasties full of secrets and optional areas, so it’s not like there’s nothing to discover. Fairly early on in the first level, you’re told that your objective is due north, but that you should probably explore. Doing so is indeed a good idea, because enemies, weapons, and various pick-ups are all over the damn place. 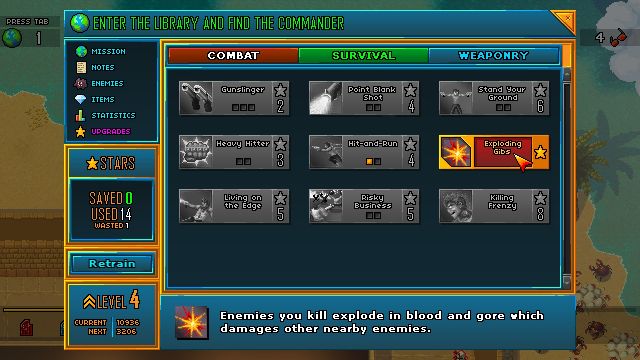 This can occasionally work against the game, but – again – mostly in the sort of way that I remember from Doom and Serious Sam and their ilk. I’ve done quite a lot of aimless wandering, looking for a key or a door or a passage to an area that I can see. As there’s plenty of stuff to do while wandering that’s usually fine, although it did once drift into bullshit territory, with the only route to progression being through a destructible wall that was obscured by a tree. Occasionally (usually when we’re talking secret areas), there are puzzles. But for the most part, this is all there to support the main objective of shooting a lot of things.

Developers Crackshell have also done the obligatory RPG thing, insofar as you find stars scattered throughout the levels, and earn more for gaining experience and levelling up. These can be spent on passive buffs which range from the boring to the spectacular: health pickups give you more health, or enemy gibs hurt other enemies, causing an exponential doomsplosion. I know which I prefer.

If I die I’ll return here, thanks to having four spare pairs of shades. Apparently Serious Sam is really Serious Samson, only his alien-murdering superpowers are tied to his sunglasses rather than his hair. Seriously.

It’s probably worth noting that Serious Sam’s Bogus Detour can also be really hard. You’ve got a limited number of lives to beat each level, with death respawning at you at the last checkpoint (keeping any progress made since then – only your location changes), but lose all your lives and you’re back to the very beginning. Considering levels can take about 30 minutes to beat and considering death can come very suddenly if a load of kamikaze bombers teleport in close to your position, this can be a little punishing.

So, okay, there’s a campaign, and it’s playable in multiplayer (which I haven’t tried, because preview code kinda limits the number of available players). There’s also a survival mode (also playable in co-op), and a versus mode of sorts. Happily, there are also modifiers: if you want your campaign or survival game to have health regeneration, or have it randomly give you upgrades rather than let you pick them, you can opt to do just that.

The biggest thing for the game’s long-term playability is probably its editor, though. I’m fairly sure the aforementioned modifiers can be added to by the community, but there’s also a full-fledged map editor (allowing for triggers and a variety of different game modes, so it looks pretty customisable) that’ll let you create your own levels. Maybe even campaigns, too. I’m far too stupid to have figured it out in the few minutes I spent examining it and going “Hmm, yes, this definitely looks like an editor”, so I can’t really say more than that. Workshop support seems to be in, too, so it shouldn’t be too hard to find new levels to muscle your way through. 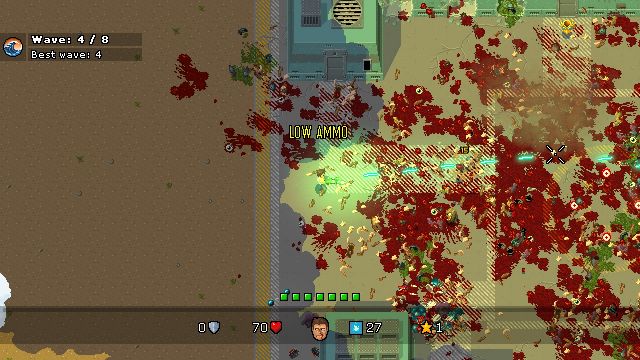 Things can get… messy. Seriously.

So: a responsive, gory, explosive twin-stick shooter with a good amount of variety in its weapons and enemies, decent early level design, and a lot of extra modes and community support. Given decent pricing and a community building new levels, Serious Sam’s Bogus Detour could well be a pleasant distraction.

I will note that the shotguns are pretty awful, though, which is unforgivable for any game. Unforgivable.

By Jason Rodriguez8 hours ago
Previews