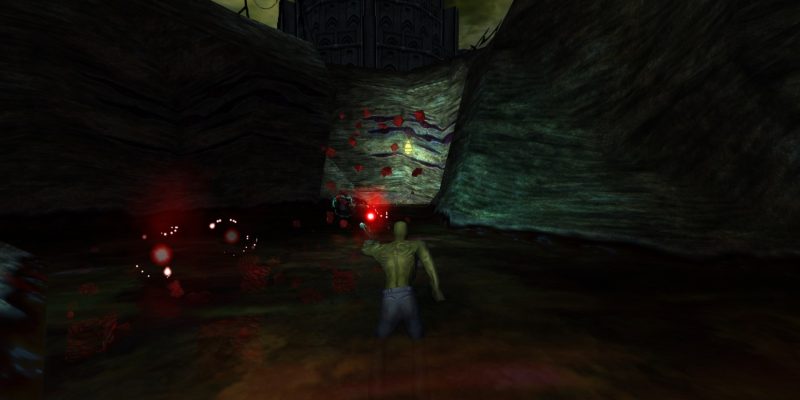 Shadow Man has been on Steam and GOG for some time, sure. But that original version was released on PC in the late ’90s and doesn’t work so well on modern operating systems. Enter the unholy necromancers known only as Nightdive Studios. Shadow Man Remastered drags the 1999 original back from hell, not only making it easily playable for fans dying (get it?) for another go, but also adding in fixes and restoring cut content. However, these older 3D titles don’t always age so well, making them a bit of a crapshoot for new players. But the question stands: is it worth it, or should it have been left Deadside?

Shadow Man Remastered is based off the comic book of the same name. The story concerns five serial killers, who call themselves Legion, contracting Jack the Ripper to build an asylum in Deadside: the land of the dead. Shadow Man’s lover and associate, Agnetta, has a vision about the dangers that threaten the spiritual world and sends the titular hero to Deadside to stop Legion’s machinations. This is one of those older games that loved having voice acting. Shadow Man himself almost never shuts up, as he’s fond of introducing new areas with minutes of pretentious monologues packed with prose that do next to nothing to move the plot forward.

The cutscenes, much like the rest of Shadow Man Remastered, simply haven’t aged all that well. Some of the voice acting is iffy. The plot isn’t all that interesting, even if characters like the Irish demon worm, Jaunty, make things a bit more palatable at times. Its visuals have seen a big improvement, though, as there’s a high-res texture pack applied by default. The level geometry is as generic as it’s ever been, but these textures make areas pop in the right way, making excellent use of color. The character models don’t fare as well, especially in tandem. Characters don’t actually have face holes, and instead have 2D images moving on their faces when they talk. It doesn’t look so great nowadays. Something something Dark Souls

Shadow Man Remastered is basically a mix between a third-person shooter and a collect-a-thon platformer. Although, neither attribute is executed as well here as it is in good examples of either genre. Your goal is to collect purple items called Dark Souls (no relation) that power up Shadow Man’s attack, as well as let him enter new areas. Recent developments mean that hearing about collecting Dark Souls over and over has become laughable. Shadow Man collects those, as well as red things called Cateaux, that can be used to get more health.

There are a lot of different weapons to find that use ammunition that enemies drop. But the shooting is auto-aimed and boring. It feels automatic and there’s no depth to latch on to. You see an enemy, you strafe and click. Movement is also weird and uniformly clunky and inaccurate. Shadow Man backs up slowly and awkwardly, and jumping is poor and rigid. And unfortunately, there’s a lot of jumping. The gameplay wasn’t all that great 20 years ago, and time has been anything but kind to Shadow Man Remastered. Plus, the level design is confusing and difficult to navigate.

Regardless, Shadow Man Remastered is almost certainly the definitive version of the game. It restores cut dialogue on top of remastering all audio. There are new levels, an HD hud, restored animations, a couple of new weapons, and a bunch of new enemies. The visuals in general have been notably improved too, as have the controls. Nightdive truly did their best to make this the best version of the game it could be. Naturally, almost all of this will only be enticing for fans, as new players probably won’t think much of the game to begin with.

If you’re a longtime fan who wants the best version of the game to play, then this is what you’ve been waiting for. It looks better than ever and runs on Windows 10 without a problem, supporting every resolution and refresh rate under the sun, in addition to incorporating a lot of new and cut content. But newcomers likely won’t find much to like about Shadow Man Remastered. It’s an interesting game, but the weak, horribly basic gameplay, and questionable level design make it hard to recommend to anyone but returning fans.