Square Enix just released the trailer for the first of a whopping seven DLC packs for Shadow of the Tomb Raider. “The Forge” is setting itself up to be a great start to the game’s extra content. Lara is off to discover the Forge of the Fallen Gods, which is essentially a lava-based level. Your mission is to uncover the forgotten lost city and check out some more challenging tombs. You can play solo or in co-op mode to get through some of the tougher areas of this new DLC.

Also coming with this new area are the sweet-looking Brocken Outfit, Umbrage 3-80 weapon, and the Grenadier skill. Players will, of course, have to complete the challenge tomb to get these goodies. This DLC also introduces two new modes: Score Attack and Time Attack. 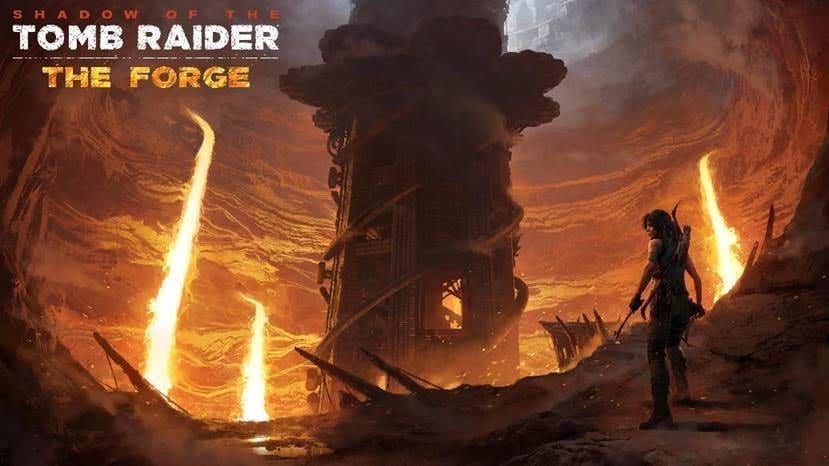 “The Forge” is available as a free download for those who purchased the Season Pass. If you just want to purchase it alone, it will cost you $4.99 USD. Alternatively, you can pick up the Season Pass for $29.99 USD. The pack is due out worldwide on November 13, so it’s not too much longer for those who may be itching to get their hands on some new content. “The Forge” was first announced back in October, so players haven’t had too long a wait for this, thankfully.

If this is what Square Enix has planned for its first DLC, I can’t wait to see what else they have in store for Lara in the season pass’s other six additions. For $29.99 you are getting a lot of neat extra features and challenges, so in my opinion, it’s worth checking out. After all, Square Enix usually doesn’t skimp out when it comes to their DLC. Stay tuned for a review on “The Forge” and check out the official website for more information.