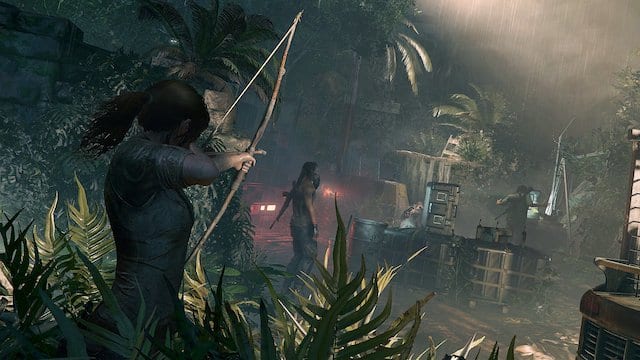 Even though Crystal Dynamics has been rather busy with Marvel’s Avengers on their plate, let’s not forget they contributed to last year’s Shadow of the Tomb Raider. Fans are still having fun with Lara Croft’s latest go-around. And soon, Square Enix will offer up the best way to play it.

The publisher announced today that it will release Shadow of the Tomb Raider: Definitive Edition on November 5. It’ll be available for Windows PC, PlayStation 4, and Xbox One. There will also be a version on hand for Google Stadia when it releases later that month.

Here’s what’s in the Definitive Edition

The package will feature the general Shadow of the Tomb Raider game, along with all seven of its post-launch DLC packs. “The bundle gives players the chance to experience the final chapter of Lara Croft’s origin story with every challenge tomb, downloadable weapon, outfit and skill,” the publisher noted.

It will also feature a special Definitive Edition outfit. But for those that already purchased the game and its season pass, not to worry. Square Enix has confirmed that you’ll also be getting this outfit when the game launches.

For those that missed Shadow of the Tomb Raider, it’s the follow-up to the first two reboot games in the series from Crystal Dynamics. “Lara must travel through a magnificent world, filled with the largest tombs in franchise history, hidden secrets, and cunning new enemies. As she races to save the world from a Maya apocalypse, Lara will be forged into the Tomb Raider she is destined to be.”

It’s a good opportunity to check the game out, just in case you haven’t already. Check out the trailer below and relive one of Lara’s greatest adventures in just a matter of days!

The original Shadow of the Tomb Raider is already available for PC, PlayStation 4, and Xbox One.