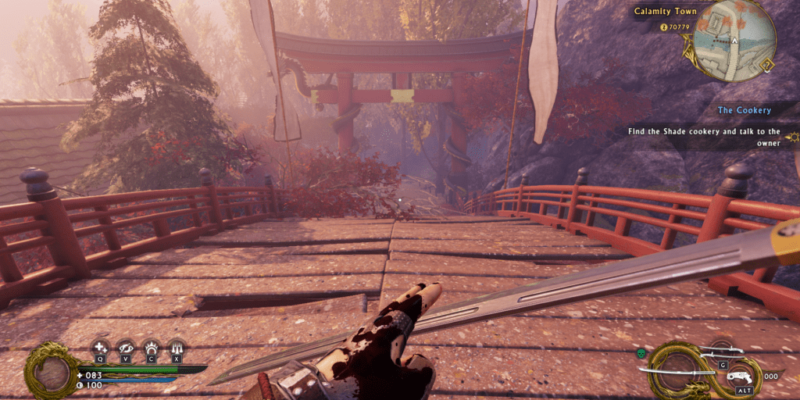 Flying Wild Hog have just released another patch (1.1.3.0) for Shadow Warrior 2, focusing on balance changes and a load of bug fixes. The days of earning endless Chi from ‘Serene Mind’ appear to be over, as it gets a nerf in this update along with several other skills.

It’s not spelled out in the patch notes how hard any of these nerfs are, but along with Serene Mind, Auto-Reload and Like the Wind have been reduced in their effectiveness. So too has the Arm of Orochi blade, which gets a “significant” nerf. There will now be more auras on enemies on Hard and Insane difficulties, as well as more enemies attacking at once at those levels. The studio have also added three new “ultra-difficult tiers” on Insane difficulty, with improved loot.

Performance issues in Shadow Warrior 2’s co-op mode have been addressed too, with “Co-op network bandwidth usage optimizations” listed in the notes. There are too many changes and fixes to realistically summarise, so here’s the full log.

Engine fixes:
– Fixed bug when game freezes on loading on 2-core CPUs
– AlienFX is now by default disabled due to crashes on some configs (add -alienfx to properties->general->set launch options in order to enable it)
– Added -nochroma switch (add -nochroma to properties->general->set launch options in order to disable Razer Chroma)
– Fixed shadow and geometry flickering
– Fixed recovering from GPU driver crash
– Non persistent console commands (e.g. r_weapon_fov) can now be loaded from autoexec.cfg
– Fixed crash when mfplat.dll is not present in system
– Optimized weapon switching CPU performance
– Fixed “DX11 Device not found” error on some notebooks
– HDR Display options are now only available when Full-Screen mode is selected (as only in this mode HDR Display works)
– Reduced audio stuttering (VO and music)
– Optimized shadow rendering performance
– On first game start dedicated GPU will be enabled instead of an integrated one

Diablo 3 Season 8 is now live for all regions