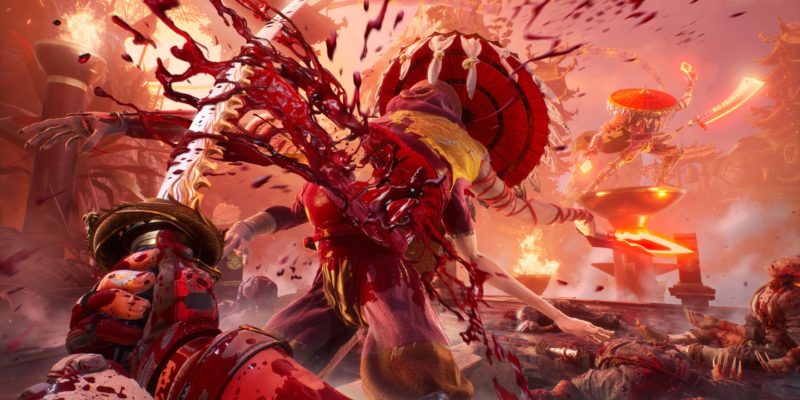 It’s hard to believe we’re already up to our third rebooted Shadow Warrior game, but life comes at you fast. After already granting us a previous mission reveal, publisher Devolver Digital has released a new trailer showing Shadow Warrior 3‘s That Damn Dam mission. Devolver is set to continue releasing trailers for additional levels as the game comes closer to release later this year. I’m not sure what Wang is doing near a dam, but all I can say is that it certainly can’t be any good. Trouble tends to follow that dude. Also, this is a series about slicing demons to bits. Kind of a dead giveaway, I guess.

That Damn Dam trailer shows us some seriously visceral carnage. It’s less focused on the level itself and more on showing demons getting blasted with guns — it’s an action game, after all. The trailer shows off a lot of vivid color, as well as several enemies that you’ll be finding in the level itself as the player switches between dual-wielded, rapid-fire weaponry and a katana. At one point, Wang leaps onto an enemy with an eye on the top of their head, only to cut it out. That’s some nasty business.

Shadow Warrior 3 sees the return of Lo Wang, alongside Orochi Zilla, who used to be a bad guy, but is now not a bad guy because we need a second player character for co-op. All I can gather about the plot is that there’s a dark beast set to unleash the apocalypse, so it’s up to Wang-Zilla to violently tear through hordes of demons to stop the onslaught and lead the world to safety. And there will be many one-liners as well, I’m sure. Take a look at the trailer and see the carnage for yourself. Just try not to get any blood on you.