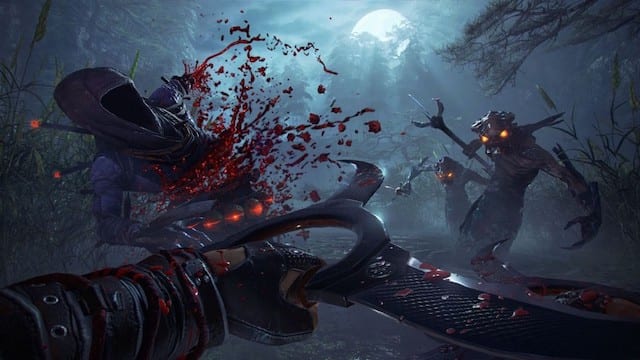 Flying Wild Hog has kept busy as of late. After completing work on the impressive Shadow Warrior 2, the developer decided to work on some new projects. In fact, three new projects. These include two new reveals that are set to take place later this year.

Speaking with Wccftech, CEO Michael Szustak provided details on what’s to come. He said the focus of the developer is “to have all our games with the highest quality possible.” That means taking their time to get the projects just right.

So what’s cooking up with Flying Wild Hog?

But that also means a shift out of the “AAA/indie area” where they lurked with previous projects like Shadow Warrior. “So we hope that we can actually leave this area with the two projects we are going to announce this year,” he explained. He hopes to earmark both of these titles as full-blown AA experiences. What they are, however, he didn’t say just yet.

As for the third game that the studio has in the works, he noted that it will be “a little smaller, but it’s still an original action game with awesome quality and fun.”

Szustak didn’t say whether the games would be first-person action games or shooters. However, he did note that Flying Wild Hog would not abandon the format, as it’s been a big hit for them in the past.

There’s no word if the studio will return to Devolver Digital for a third go-around with Shadow Warrior down the road. Even with its acquisition by Supernova Capital, that still remains possible. For now, its original projects are in focus, and they should have no trouble living up to their repertoire.

The full interview with Szustak is available here if you want to learn more about the studio. In the meantime, its latest release, Shadow Warrior 2, is ready for purchase on Steam. We’ve also included the trailer below, in case you need to get familiar with its work.

By Kurt Perry26 mins ago
News