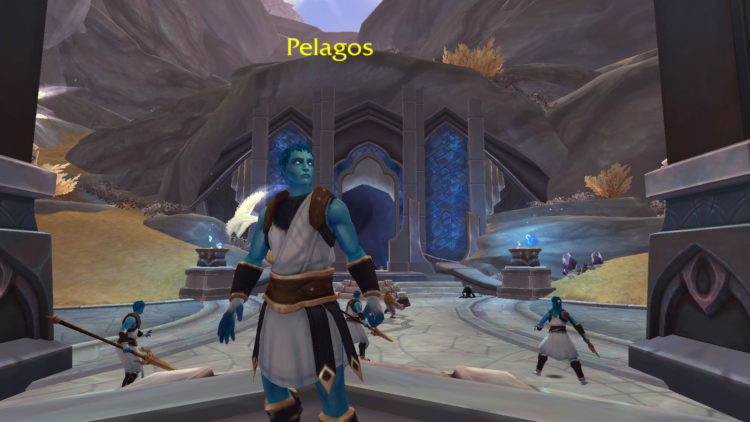 The character of Pelagos

Pelagos is a character we meet in Bastion, an Aspirant who previously stood out as a character whom others would refer to using the pronouns they/them. While Pelagos presented as a woman in his mortal life, he chose to be a man in the Shadowlands. An important aspect of Bastion is that Aspirants choose a physical form to represent their true selves.

However, in a more recent alpha build, Pelagos’ pronouns have changed to he/him. Blizzard community manager Kaivax explained this change on the official forums.

The team had originally written him to use they/them pronouns, but received feedback that he/him would be more respectful of the character’s wishes to be identified as a man. This change is simply the result of us listening and responding to that feedback.

Kaivax also noted that Blizzard normally wouldn’t explain a change to alpha text. However, the team recognized there was a higher than usual possibility of being misunderstood in this context.

Technically, Pelagos is not quite the first trans character in World of Warcraft. Blizzard Watch pointed out Terra, a tribute NPC for a transgender Blizzard employee who can be found in Dalaran. However, Pelagos is a character that plays an important role in one of the main Shadowlands storylines. 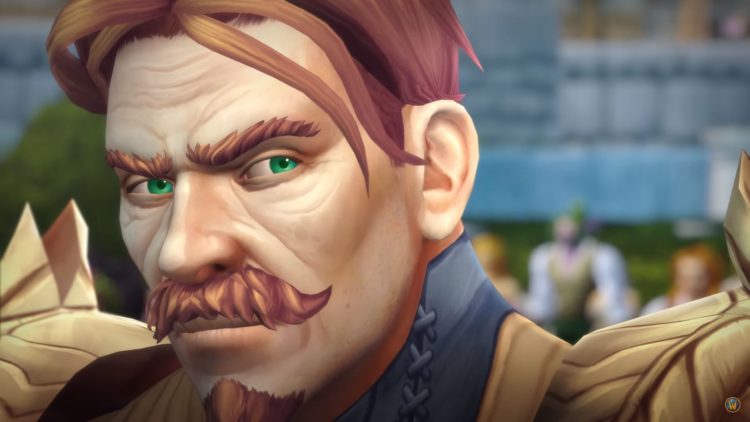 As far as LGBTQ+ representation goes in Shadowlands, Pelagos seems like he may be just the start. Datamining of the Story of the First Night Warrior has revealed a dialogue between Thiernax, the first Night Warrior, and his husband, Kadarin. This reveals a number of surprising twists, such as the fact that Night Warriors can be male.

What’s more, it’s been revealed that another of the most popular fan ships – Mathias Shaw/Flynn Fairwind – will become canon in the upcoming Shadowlands novel, Shadows Rising. Mathias is the spymaster leader of the SI:7, Stormwind’s secret intelligence service, and we’ve seen hints about his sexuality before. As a young man, he had a close relationship with Edwin VanCleef that turned tragic when Edwin became the Alliance’s most famous criminal. Fans have often speculated that this relationship was a romantic one.

As for Mathias and Flynn, they came to know one another during a questline in Battle for Azeroth. While initially annoyed by Flynn, Mathias seemed far more affectionate to him by the end of their adventure. Mathias later told Valeera Sanguine that he hoped to get to know someone better, leading some to believe that this someone was Flynn.

Proper LGBTQ+ representation has been sparse in World of Warcraft, and even now these are only a few additions. This inclusion is long overdue. After all, Thiernax having a husband should be no more surprising or controversial than Makrik having a wife.

Destiny 2: Titan’s weekly Interference mission and Means to an End