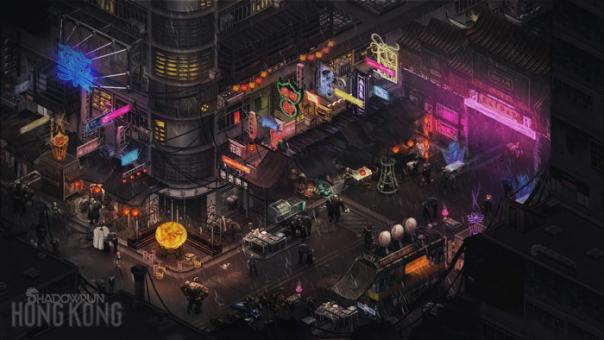 It’s currently sitting on $421,363, with the initial goal being $100,000. This means that backers have unlocked improved controls, animatic scene transitions, new party member Racter, more animatic endings (playing off the choices you make throughout), Gobbet’s side mission, improved sound, and the red samurai Gaichu as another new party member.

There are still plenty of bonus funding goals to hit, though. New cyberware and cyberweapons are next at $450,000, followed by Is0bel’s side mission, expanded gameplay options and equipment related to magic, Gaichu’s side mission, and a revamped Matrix offering new art and gameplay.

I will probably back this even though I still haven’t found the time to play Shadowrun: Dragonfall, which is apparently significantly better than the solid-but-flawed Shadowrun Returns.

If you want to back Shadowrun: Hong Kong along with everyone else in the internet – or if you simply want to find out more about it – go take a look at the Kickstarter page.