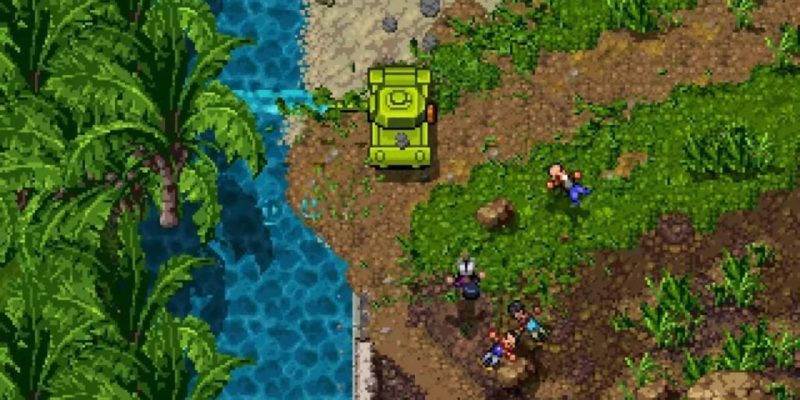 Developer Vblank has unleashed the “Full Tank” update for its pixel art, open-world, crime-em-up Shakedown Hawaii. While part of this update is the usual range of fixes that we see all the time for such titles, another part is sure to pique many gamers’ interest. That’s because this update also adds driveable tanks for players to wreak havoc in.

According to the description on the official website, “The tanks crush anything in their path, and come loaded with built-in rockets and unlimited ammo! Want to equip them with something else? No problem! They can also fire your character’s other weapons… from the pistol to the hair dryer, to the flamethrower!” You can check out some tank action in the trailer below.

As well as that bit of vehicular insanity, other enhancements to Shakedown Hawaii include a “zoomed-out camera” option, off-island transportation via the airport, the ability to purchase vehicles, and a way for players to transfer money between the game’s different characters. You can even play the console located in your character’s home. For a full rundown of all the additions included in the “Full Tank” update, head on over to Vblank’s website.

You’d think tanks would be enough for one update, but no, Vblank delivered that and much more this time around. Are you a fan of Shakedown Hawaii or its predecessor, Retro City Rampage? What do you think of all this new content? What will you be blowing up with your new tanks first? Let us know your thoughts on all this in the comments below!

Valve opens up their experiments to the public with Steam Labs