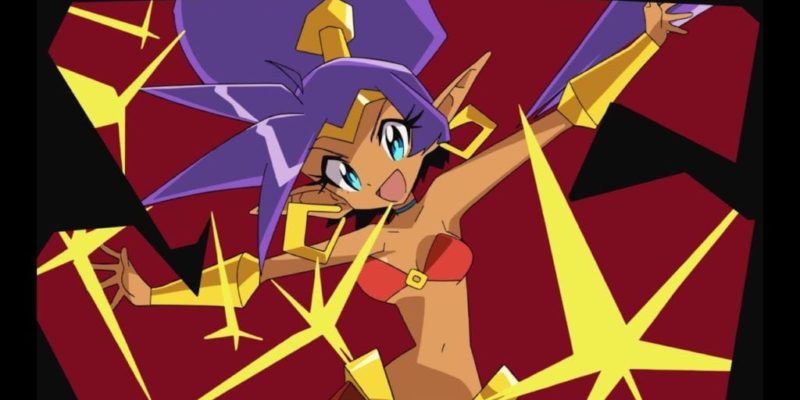 The upcoming Shantae sequel (previously known as Shantae 5) from WayForward has been officially unveiled as Shantae and the Seven Sirens. Taking place after the events of Shantae: Half-Genie Hero, this latest adventure will see the titular star and all of her cohorts return for an adventure away from Scuttle Island. In a new mystery land, Shantae will encounter the “Seven Sirens” and explore a “non-linear, interconnected” world. It should be more Metroidvania goodness, just like the previous entries.

Some new details mention the likes of a collectible card system that will augment Shantae’s powers. There are also the requisite new belly dance routines, instant transformation magic, and gigantic boss battles. The small batch of screenshots seem to show off a few of these features, what with Shantae traversing through an Earthworm Jim-like tube underwater as a different creature. I can swear she’s even performing a Hadouken, which would be pretty badass.

Interestingly enough, Seven Sirens returns to the art style used in the previous entry. With each release, Shantae has almost reinvented itself with a new look and new style. I guess WayForward grew accustomed to the work it had done for Half-Genie Hero, which is very fetching. It doesn’t look bad per se, but it does feel like a missed opportunity to continue the series’s tradition of a brand new look for each game. At least the cutscenes will be retaining Trigger’s animation done on the intro and true 4K support will be included on applicable devices.

There’s still no word on a release date for Seven Sirens, but it will be coming to PC, PS4, Xbox One, Switch, and Apple Arcade when it launches later this year.

How would you describe your hype levels for the game at this point? And which platform are you most likely to play it on?