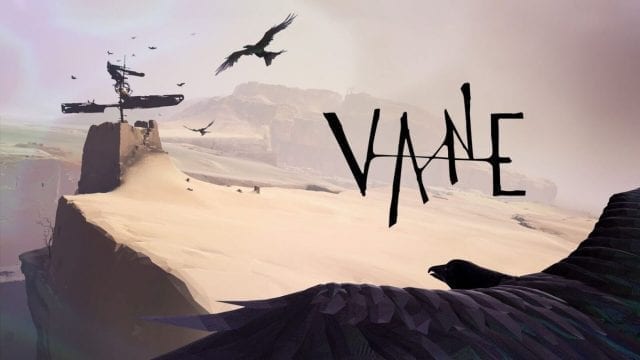 Vane released earlier this year as a PlayStation 4 exclusive, and as the debut title of the Tokyo-based studio Friend & Foe. It’s an adventure game where you play a free-spirited bird that turns into a young child through some sort of strange gold dust. As the game progresses, you’ll be able to shapeshift back and forth from bird to child. This is clearly a game in the vein of Ico, Shadow of the Colossus, and Journey, and it looks like a great casual adventure with an emotional impact. Now you’ll be able to experience it on PC when it releases on July 23, available on Steam.

According to the developers, Vane is a mesmerizing and even hallucinatory exploration adventure game. You’ll explore the skies, but also caves and forgotten cities in a surreal fever dream-like experience. The PlayStation 4 release received some accolades for its awe-inspiring art direction and its themes of human evolution.

Vane takes place in a ruined desert, and you’ll unravel its mysteries as both a bird and a child. As we see in the trailer, the desert is full of ominous caves, mystical machinery, and also harrowing storms. The world reacts as you roam through this surreal wasteland, evolving and becoming something different to mirror your actions.

Vane is all about player agency

Friend & Foe started developing Vane over four years ago, with a team that worked on AAA titles such as The Last Guardian, Killzone, Battlefield 3, and Bionic Commando. The developers hold the conviction that players should carve their own path through the game world. As such, Vane aims to be an enigmatic and unnerving game that could leave an impact on the player. The result overall is that of a minimalistic and stark environment that encourages exploration, even if it leads to the player getting lost. To top it off, Vane features an original brooding synth soundtrack that contributes to its eerie atmosphere.

The PC release of Vane will include all the updates to the PlayStation 4 version since its January release. It will also feature a more forgiving checkpoint system, several bug fixes, and a better overall performance. Art director Rasmus Deguchi commented on the PC port:

We’ve always known Vane was going to be something of a marmite game, as it emphasizes mood and atmosphere over more conventional gameplay mechanics. We know it’s not a game for everyone, and that’s okay. Those looking for something a little more experimental, a little more arthouse, will find that Vane is unlike anything they’ve played before. We think a good number of PC players seek something a little more ‘out there’, and we believe Vane will satisfy that curiosity.

Vane will release on July 23 for PC via Steam. You can find more information about the game on the developer’s official website.

What do you think of Vane? Does it live up to that classic Ico and Shadow of the Colossus experience, or is it more like Journey? Have you tried the PlayStation 4 version? Drop your comments below and let us know your thoughts and impressions.

Destiny 2 guide: How to get the Bad Juju exotic pulse rifle