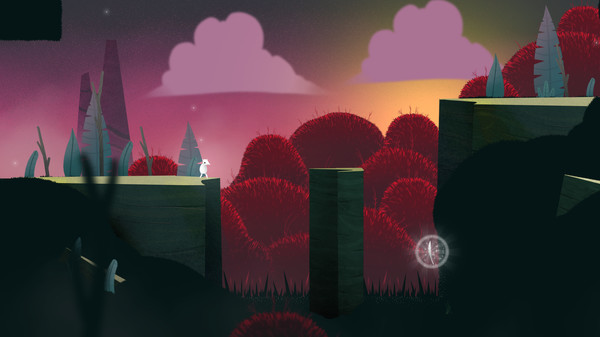 Sometimes less is more. Sure, it’s plenty of fun to farm enemies for rare drops and hit walls while hoping for secrets, but there’s a lot to love about a game that has no issue with cutting all the fat. Sheepo only takes a few hours to complete, but its difficulty is so finely-balanced and its pacing is so tight and focused that I wouldn’t want it longer. I even liked the complete absence of combat. If you’re in the market for an extremely lean, yet enjoyable, Metroid-like then look no further.

Sheepo‘s premise is simple. You’re a sheep of some sort and you’re also an astronaut! You’ve been sent out on an assignment to touch down on a planet and collect six eggs containing the future offspring of some native creatures. You’re instructed by someone on a walkie-talkie. Where the sheep is keeping the walkie-talkie and how the walkie-talkie even works over such a long distance is beyond me. Must be a sheep thing.

You’ll come across occasional NPCs, too. There are a shop and an art gallery, plus inhabitants out in the field. Most of them are birds and a couple of them muse that you’re certainly the strangest bird they’ve laid eyes upon. They’re definitely not wrong. The dialogue is silly and entertaining. There isn’t a ton of it, but what’s here is well written and charming. Sheepo‘s visuals are much the same. The game is simple but colorful with a very chill aesthetic. 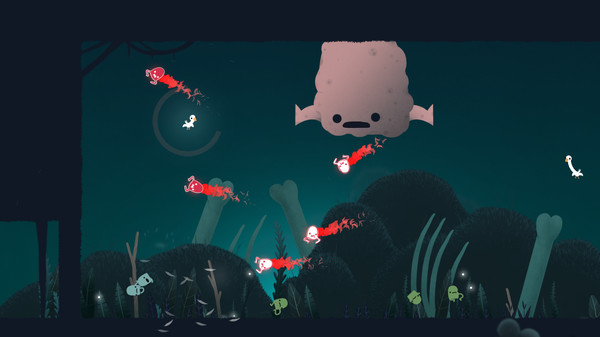 Safe in my skin

When I said that Sheepo had no combat, I meant it. Well, mostly. You have no attacks whatsoever. Which is all well and good, as there are typically no enemies. Most of the challenge is based around platforming and boss battles.

The platforming is rather good and very responsive. You’ll typically be jumping from spot to spot, wall-jumping up steep areas, and dodging dangerous spiked traps and the like.

Many individual sections remind me of Super Meat Boy, and, while getting through them without getting hit can be challenging, you can take a few hits and the invulnerability time afterward is quite generous, meaning that you can brute force your way through the tougher parts if you’re not up to them. There’s a good variety to the platforming as well. There are two kinds of objects that you can interact with in mid-air. One is just a white orb that allows you to stop upon making contact before picking a direction and launching yourself in it. The other is a blue square whose trajectory is based on which direction you reach it from.

One of the biggest hooks in Sheepo is the shapeshifting mechanic, though. Beating a boss will net you one of its eggs. The sheep has an ability where touching an egg just once gives him the ability to briefly transform into that creature whenever he makes contact with one. You’ll see birds around that you can change into in order to briefly fly around. Burrowing worms similarly allow you to tunnel underground. There are four of these and they flow together very well. They also lead to some enjoyable and memorable gameplay sections. 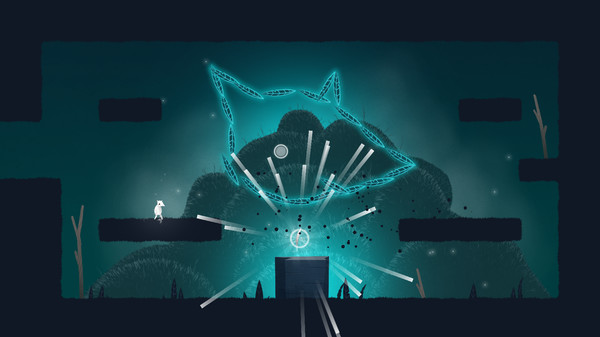 Don’t make me hurt you

Since you have no offensive abilities in Sheepo, you’ll naturally have to deal with bosses without directly attacking them. For the most part, you simply dodge them. Their attacks are often of the bullet-hell variety and they have unique gimmicks. One boss destroys the ground and leaves a rancid pool of harmful liquid in its place and you have to force it to break every bit of the floor. Another rolls on walls while creating slime before getting closer and closer to you with each additional pass.

You do usually kill these bosses, but you do so using their own attacks or by making them harm themselves on the environment. A couple of bosses make use of a homing attack that lodges itself into the walls or floors when it misses you. Just jump above it and aim it at the boss and you’ll send the sucker back where it came from. The boss battles have roughly the same kind of difficulty as the platforming sections do. They can seem tough at first, but it won’t take more than a few tries before you know exactly what to do and get past them without issue.

Truthfully, Sheepo nails its difficulty curve in a way that I don’t see all that often. It really does feel just right, challenging enough to keep you paying attention but never so much that sections get old. Everything moves at a steady clip. It’s very much designed to keep you moving as opposed to wasting your time, which I very much appreciated. 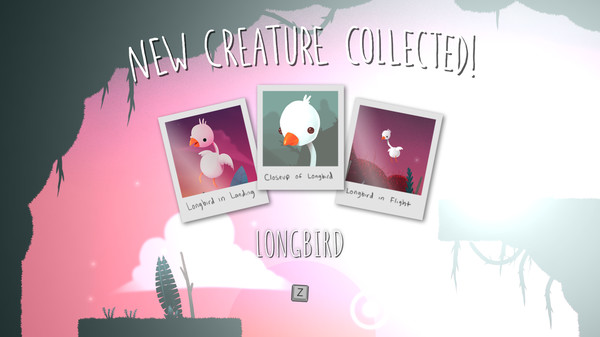 Saving is handled much like most other Metroid-likes. There are statues all over the place that heal you. At first, you can only take a few hits but there are six heart containers you can find to take two more. Three containers net you a new heart, but I found that having just the one extra hit was the sweet spot. Aside from those few containers, there are feathers you can find all over the game world. These aren’t typically hard to locate but getting them while staying in one piece can be a challenge. Towards the end of the game, they’re all marked on your map.

Speaking of which, the map is a simple, grid-based affair that gets the job done. It marks the locations of save points and teleport statues as well. It also designates the different areas with colors. As long as you’re paying attention, it’s hard to get stuck, as you’ll just go back to a square that has an exit you haven’t found.

If I have any real complaint about Sheepo, it’s that the level design is actually rather flat and unmemorable. All the locations feel the same, even if they do look different. The platforming and shapeshifting sections stick out, but you’ll be hard-pressed to remember most rooms just by looking at them. For something so hand-crafted, it’s easy to expect landmarks and some more varied areas, but what you see is what you get. 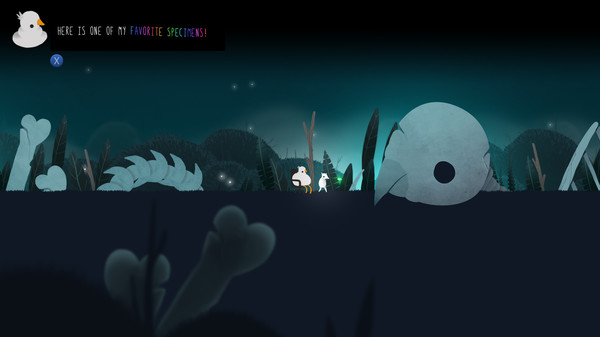 There’s a door that’s locked unless you get 100% completion, but even that likely won’t take more than an extra half hour of your time. I beat Sheepo at nearly three hours on the dot, give or take a minute. Its length works well with it, though. There’s practically no padding to be found, just an enjoyable, well-crafted Metroid-like that only wants to entertain you for a little while. The level design may be pedestrian, but everything else is of very high quality. I can certainly see myself playing through this one again. Who wouldn’t like a shapeshifting sheep, anyway?

Sheepo has a charming aesthetic, tight gameplay, and an excellently balanced level of difficulty. It's short but the length feels just right all the same.

Halo Infinite developer has “no plans to change” 2021 release window