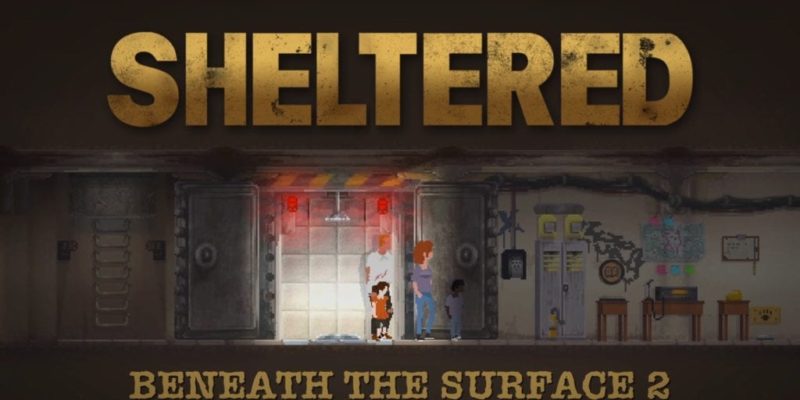 The post-apocalyptic shelter simulator Sheltered has received a major update today and there’s now even more to worry about underground.

Developer Unicuble has upped the stakes in the world of Sheltered by adding a whole load of new features to the Early Access title including Raiders attempting to break in to your haven. The Raiders sound particularly annoying as they attempt to break in, steal stuff and generally make a nuisance of themselves or even cause your family harm. Thankfully there’s a new door upgrade and new traps to keep them out. There’s even special hiding spots to keep the inhabitants safe and sound from any intruders.

A loyalty system has been added for NPC recruits and now players will have to look after them and gain their trust before they become a fully fledged member of the community. If you fail keep them happy and boost their loyalty meter they’ll simply leave and they might just steal something on the way out the door. Just for good measure they could also be a psychopath and bump off members of your family. How ungrateful.

The game looks  to be coming on rather nicely and this new developer video to accompany the update is available for your viewing pleasure to explain more of the new content. The full update notes can also be found below.