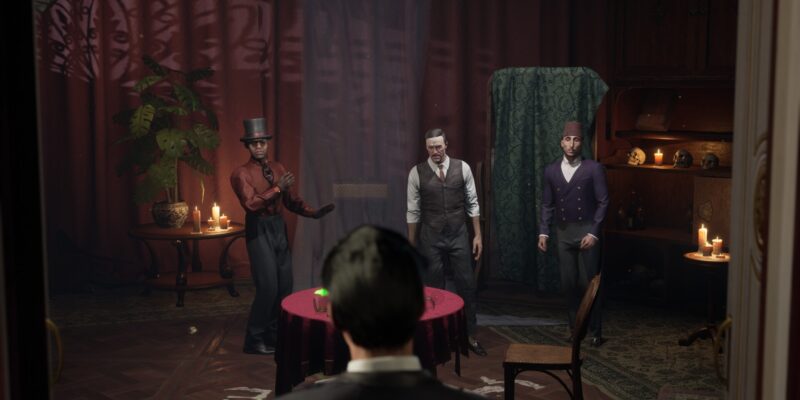 The Ghosts of the Past investigation in Sherlock Holmes Chapter One can be started after handing The Lost Cane to the right individual. Enter the room where the seance is taking place to watch a short cutscene. It seems that the spirit medium, Luka Ghalichi, was punched in the nose by a nobleman named Lord Craven. Not only that but Craven’s precious diamond has just disappeared as well.

Talk to the maid.

You’re not done yet with the Ghosts of the Past investigation in Sherlock Holmes Chapter One. Even though the authorities have detained Luka in one of the rooms, there seems to be something that’s amiss. Do the following:

Eavesdrop on the maids.

Craven’s wife is dead, and she wasn’t her wife, to begin with.

If you’ve been looking at your Mind Palace from time to time, then you’ll likely have two suspects:

My choice in the Ghosts of the Past investigation in Sherlock Holmes Chapter One was to accuse Luka and let him escape. Still, there are no “right or wrong” answers, and the game would continue even if you made a grievous error. With the case done, it’s time for us to proceed to A Mother’s Love – The Cemetery.