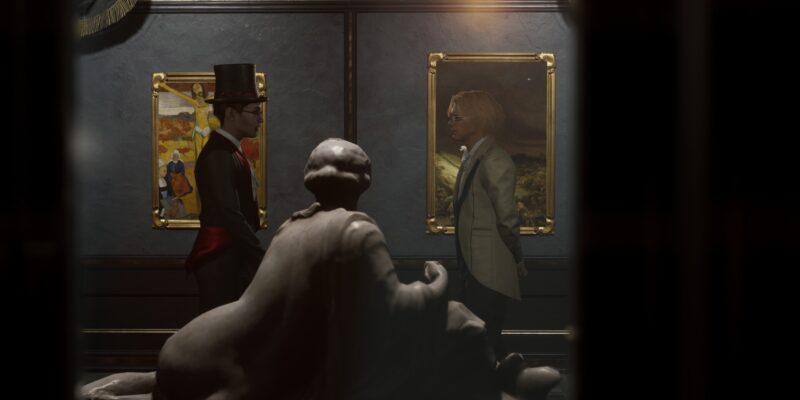 The Muse From Abroad investigation started out with a theft and a murder. Next, you’ll have to solve the refugee camp crime scene. It turns out that the thief planned to kidnap a woman, and you can save the wounded refugee who tried to rescue her. Soon, you’ll find out who the real perpetrators are. Here’s our Sherlock Holmes Chapter One guide to help you with the suspects, conclusion, and Neila’s photo in The Muse From Abroad investigation.

The Muse From Abroad suspects, conclusion, and Neila’s photo in Sherlock Holmes Chapter One

If you’re able to solve the crime scene, you can ask the refugee victim, Neila, for help. She gives you a photo of her rapist, now with the Order of the Bath drawn on the person’s uniform. To find him, go to Cordona City Hall’s archives and use the following:

You’ll discover that the rapist is Thomas Norton, the British Envoy to Cordona. In fact, he’s got an office in City Hall. Do a character profile and talk to him, and he’ll offer you a choice.

If you solved the crime scene, you’ll notice that the thief/intruder had a tattoo on his neck. Likewise, the refugees will tell you that there’s a smuggling ring. Talk to the inspector who mentions a certain Nicolo Bernadotti. To learn of his whereabouts, go to City Hall Archives:

Bernadotti’s company is in Scaladio at the intersection of Bazaar Road and Roman Road. Go to the backyard to find more refugees. The guard won’t let you in, so you can either find another way or you can punch him (the latter leads to a fight with other thugs inside the factory). Eventually, you’ll reach Bernadotti’s room. He also gives you a choice.

Whatever your decision, Vogel will send a package to Sherlock. Make your way back to Stonewood Manor to solve a Fractured Memory.

Sherlock Holmes Chapter One — How to save the wounded refugee