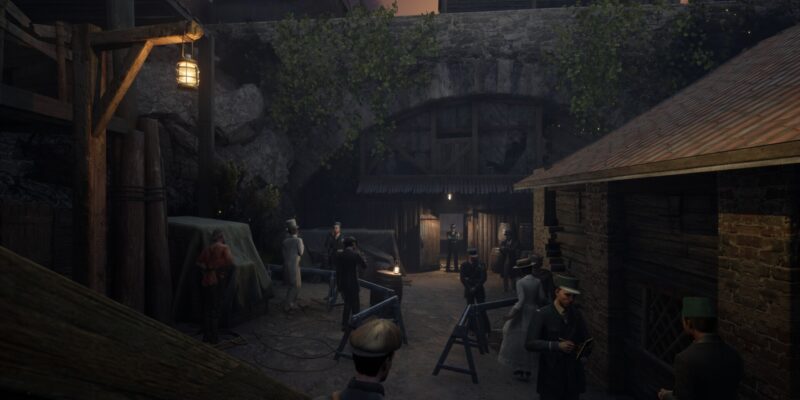 The Muse From Abroad investigation led you to Mercurio’s apartment. You found out that the woman in the painting with the devil was raped, and that she’s actually a pregnant refugee from Africa. It’s time to get to the bottom of this. Here’s our Sherlock Holmes Chapter One guide to help you with the Refugee Camp intruder crime scene in The Muse From Abroad investigation.

To reach the Refugee Camp in Sherlock Holmes Chapter One, pin Jon’s “Redrawing of the Pregnant Girl using your casebook. Then, activate concentration (“Q” key) and look for any NPC from an African tribe (i.e., the “Yoruban” trait). You’ll learn that the location is under Victoria Bridge at the border of Silverton and Scaladio.

There are three objectives at the Refugee Camp crime scene:

These actually go hand in hand (for the most part). The gist is that you want to examine every numbered spot, as well as the intruder’s corpse.

Eavesdropping on the cops

How the intruder got inside

Cigarette butts at the entrance

To solve the Refugee Camp crime scene in Sherlock Holmes Chapter One, make sure you’ve gathered all the clues. The orb should appear. Select the following (from right to left):

Talk to the two inspectors when you’re done. You should now be able to speak to the victim, Neila, in her hut. It’s time to deal with these perpetrators. Let’s talk about how we can conclude our investigation.

Sherlock Holmes Chapter One — How to save the wounded refugee