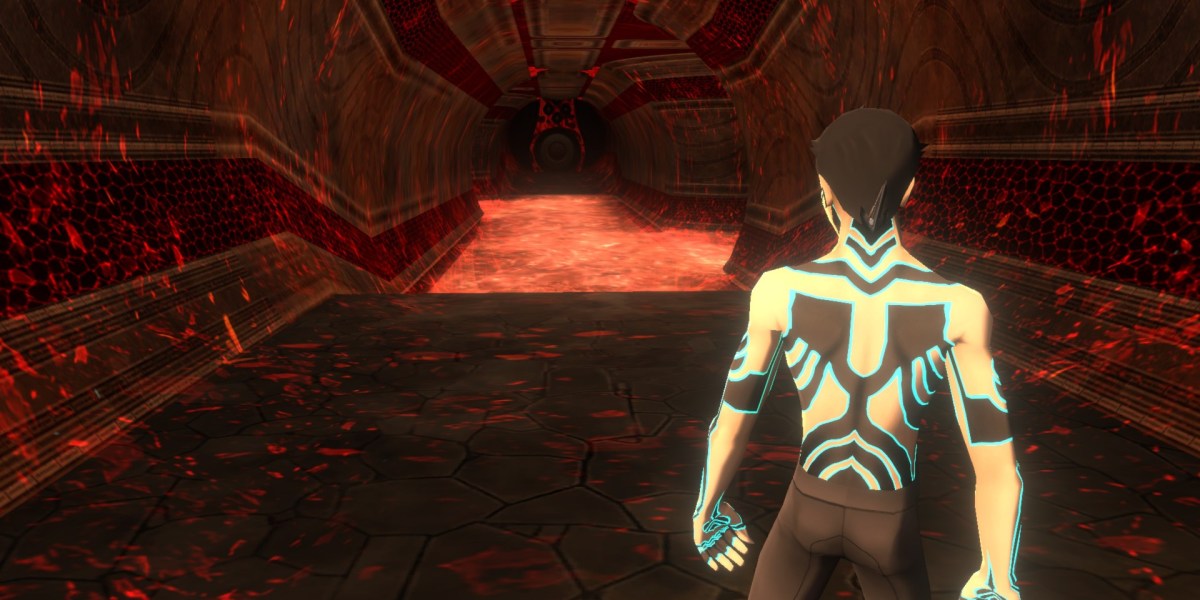 There’s no reason to mince words. Shin Megami Tensei III has remained one of the best JRPGs in existence since its release. Shin Megami Tensei III Nocturne HD Remaster is the second time Sega has ported an older SMT game to PC. But, there’s a major difference that changes how I’d go about recommending it. To compare, Persona 4 Golden‘s port didn’t release across major consoles. Even more, it was $20 USD. Despite being older, shorter, and having a less impressive port than its aforementioned cousin, this HD remaster retails at nearly the price of a modern AAA release, coming in at a jaw-dropping $50 USD. Dated as it may be, it remains a monumental game. Still, that price tag and the lack of much in the way of additions is a tough pill to swallow.

I’m not sure how necessary it is to dig deep into the merits of SMT III at this point. You play as a former human who has been transformed into the demon known as the Demi-fiend. A ritual performed by a cult has ended the world for the purpose of giving it a fresh start. Only a few humans remain as survivors after the Demi-fiend’s teacher called them to a hospital. The rest of the world is overrun by demons and spirits.

The focus isn’t necessarily on narrative here, although the story is worth experiencing regardless. It’s strange and successfully nails an otherworldly feel. Top-tier art direction backs this up and character designs have held up rather well. However, to be blunt, little appears to have actually been done to make  Shin Megami Tensei III Nocturne HD Remaster any visually better than its initial release. Sure, it runs at a higher resolution with all the extra detail that provides, but that’s it. However, this shows just how high-quality the models and environmental detail were to begin with. 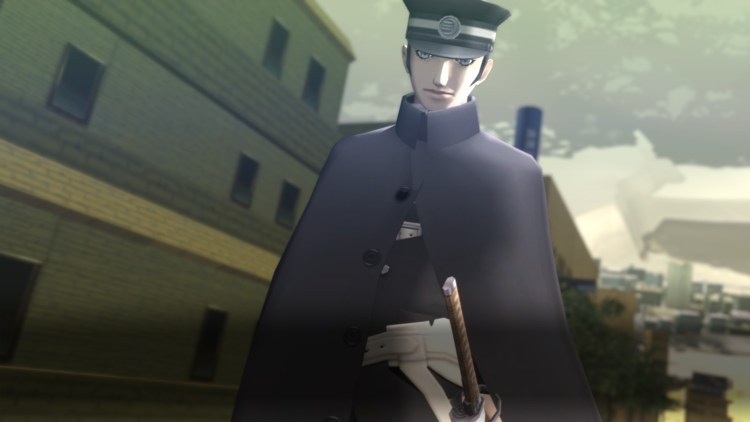 A rose by any other name

It’s telling that the only difference made to the way this release was named is the addition of two words to the end, because that’s all this is. Shin Megami Tensei III Nocturne HD Remaster stays locked at 30 FPS, even on PC. There’s no HDR. There’s hardly much of anything. What we get here is as barebones of a remaster as I can recall. There are a few bells and whistles, however. The version of SMT III that initially released in Japan in 2003 stayed there. When the game hit the West in 2004, everyone else got the director’s cut, which was known as Maniax in its home country. This, of course, famously added Dante from Devil May Cry 2 as a character and party member.

But it also added extra bosses, a large new dungeon, and a new ending route. Finally, there was the Chronicle version, which also stayed in Japan. That version was basically the same as Maniax, save for having Devil Summoner protagonist Raidou Kuzunoha appear in Dante’s place. The most notable thing that Shin Megami Tensei III Nocturne HD Remaster does is that it can include all three versions of the game. Of course, the Maniax pack with Dante is sold separately. The digital deluxe version of the game, with everything included, will run you $70 USD. Regardless, having all three versions is intriguing. But it’s also questionable, as no one outside of purists and diehards will likely have much interest in playing the initial release of the title.  Aside from that, this version features voice acting for story scenes, including an English dub.

The only other truly noteworthy addition that caught my eye is the ability to select skills when fusing demons, as opposed to the game randomly selecting them during the process. It’s a welcome change. An iffier addition is the new, easier difficulty called Merciful. It halves the damage the player team receives while doubling their damage output, like constantly having stacked rakukaja and tarukaja on your team. Finally, there’s a save suspend feature, as it isn’t always easy to get to a save point if you need to stop playing right away. 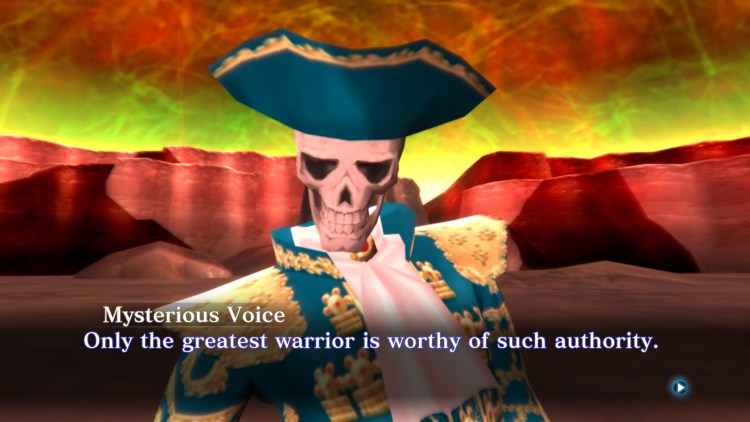 Simply put, playing the game with Merciful difficulty will make for a worse experience. Nocturne is supposed to be a challenging game, but it’s actually not as merciless as its legacy might imply. The biggest issue with the game’s difficulty was that you could lose a lot of progress and have to sit through scenes again and again while facing off against a tough section. Also, the game never did a good job of teaching players some of its most important mechanics. For instance, one of the most important aspects of the Demi-fiend is that the skills he learns and his resistances are based around something called Magatama.

Magatama are little bugs that you need to either find or purchase before activating them via a menu. When the Demi-fiend levels up, he can learn a new skill if the Magatama that’s equipped when he levels up has the level threshold for a new skill met. The original game never really teaches players this. Shin Megami Tensei III Nocturne HD Remaster also doesn’t, because it’s the exact same game. To make matters worse, the Magatama menu doesn’t even tell you what level skills require the Demi-fiend to be in order to unlock. If you want to give your Demi-fiend the right skills for his build, you’re going to need to look the Magatamas up online.

I specifically mentioned that because it’s a great example of how Nocturne can completely turn off new players. Shin Megami Tensei III Nocturne HD Remaster could have easily made a few optional changes to mitigate these issues, but it doesn’t. Due to that, the game is going to be too old-school and too obtuse for some. I love this game, and even I still find myself annoyed by some of the hoops it makes me jump through. Things that didn’t bother me as much in the mid ’00s now aggravate me. And there are multiple similar issues going on with the game. 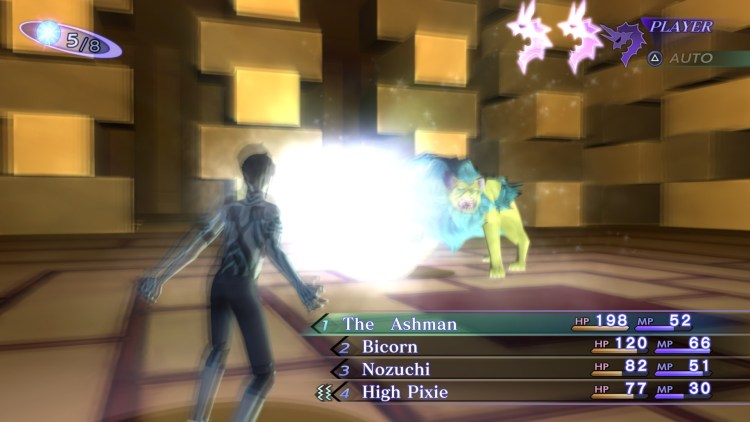 Back to the primitive

Many of the dungeons are huge, sterile, and filled with dead ends and tedious traps. It’s easy to waste huge chunks of time because a regular enemy hit several weaknesses in a row and wiped your party while en route to a save room.  Having to walk back and forth to get to a shining phase in order to get a good item from a mystical chest is simply a pain in the ass. And the battles. You can get out of a battle, take two steps, and find yourself in another one. Nocturne is very much a game of its time, and practically no one makes games like this anymore for good reason.

If this were a $20 USD port like Golden, it wouldn’t be a big deal, but, again, this is a $50 USD game. NieR Replicant‘s re-release just came out for $10 more, but that game came fully retextured and had its gameplay notably altered. Shin Megami Tensei III Nocturne HD Remaster barely does anything. It’s mostly a straight port of a 17-year-old title being sold for nearly full price. This is sounding highly negative, but, I cannot stress how, despite the highly dated nature of the game, this is still one of the best JRPGs in existence.

It has some of the best turn-based content in the entire genre, the demon fusion is as intricate and cerebral as it was before, and the game’s atmosphere is second-to-none. Nocturne is a classic. But a classic shouldn’t be sold for this much, unless there had been some attempt to bring certain aspects of it up to modern standards. Hell, even a save anywhere feature like SMT IV has would have gone a long way. Sure, that would lower the stakes and tension, but it would have been optional and ideal. 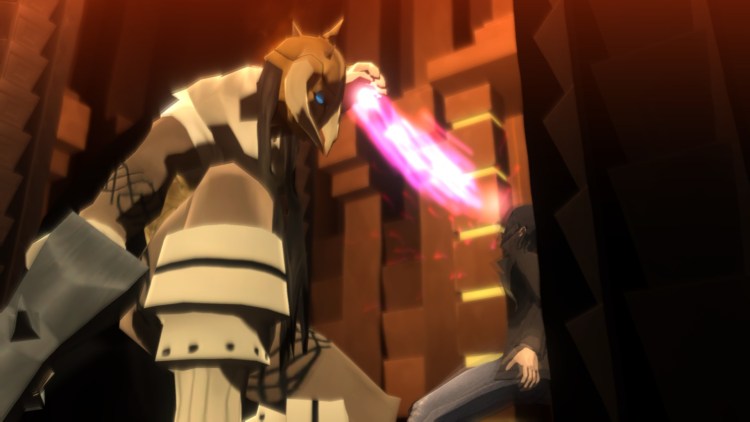 Time won’t change how important and impressive Nocturne is. But this was a great opportunity to either introduce it to a new generation at a fair price or make the game even better than it was. Instead, the price gouging route was taken. Shin Megami Tensei III Nocturne HD Remaster is absolutely still worth playing, warts and all, but things should have simply been handled differently. Still, it’s hard to say no to optimizing a team for the sole purpose of debuffing a boss into nonexistence.

SMT III remains a great game, but an inflated price tag combined with some dated mechanics might make it a harder sell for some.