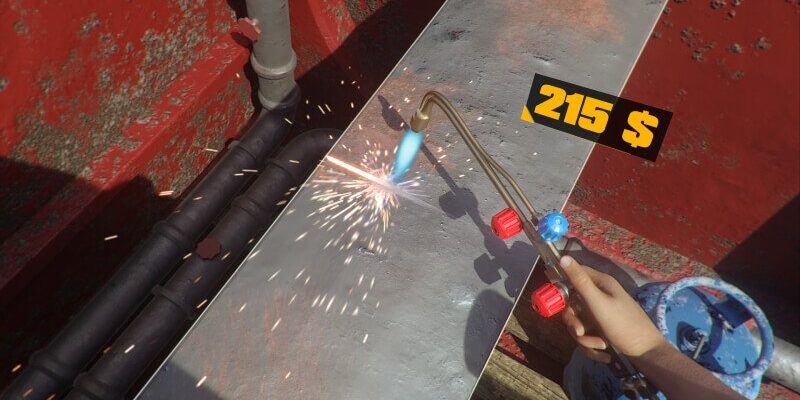 People have long considered shipbreaking jobs as among the most dangerous in the entire world. Workers constantly have to deal with risks involving harmful chemicals, unsafe equipment, and other safety hazards. Additionally, many workers do not receive the proper training that would ensure maximum safety, and wages often remain dangerously low. Understandably, most people would not want to get a shipbreaking job if they had the option not to. On the other hand, a virtual shipbreaking job, which would allow people to partake in the activity without any of the risks normally associated with it, may come off as appealing to some. Developer Games Incubator’s Ship Graveyard Simulator aims to provide exactly this kind of hands-off shipbreaking experience, and interested Steam players can try out the free prologue on October 7 at 11 AM ET.

This free prologue, dubbed Ship Graveyard Simulator: Prologue, sees players navigating “a huge beach filled with shipwrecks waiting for demolition.” Players can “collect valuable raw materials, sell them profitably and invest the obtained funds in the development of [their] enterprise and acquiring new, more effective tools of work.” As they do so, players will “avoid dangers” and “explore the secrets of abandoned ships.”

A game that has players partaking in one of the most thankless jobs imaginable may not appeal to everyone, but an audience certainly exists for it. When removed from the pressures of low wages and an unsafe working environment, even the most menial of tasks can be considered enjoyable to those open to them. It seems that Ship Graveyard Simulator: Prologue will adequately appeal to these kinds of consumers, although it begs the question of how much more content the final Steam release will feature.

Developer Games Incubator has not posted a release date for the full version yet. For now, players can simply enjoy a small taste of what the developers have in store.

Far Cry 6 Guapo amigo guide: How to get the crocodile companion

By Michael Feghali49 mins ago
Hardware