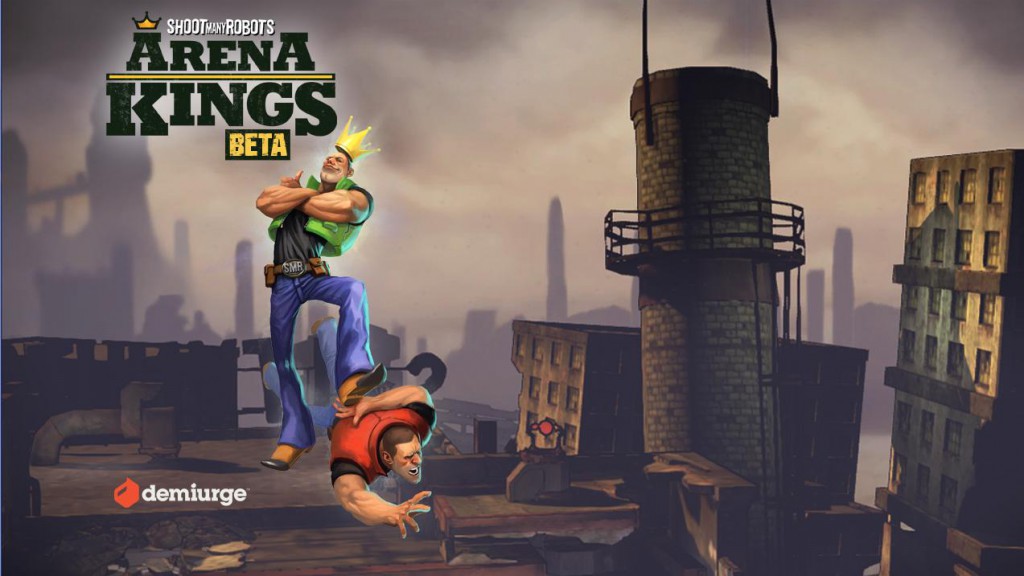 Demiurge Studios has announced a spin-off from its Shoot Many Robots title that’ll be a ‘player vs player’ arena battler of some kind, dubbed Shoot Many Robots: Arena Kings. In one described play mode (“Royal Flush”), players must defeat all other opponents, collect their crowns and flush them down a teleporting golden toilet. If you have the suspicion that Demiurge came up with the name of that mode and then worked backwards, you’re not alone.

“It’s like a big tasty vegetarian stew with lots of guns in it, but also alive and mutating and fighting other soups,” he adds, for clarity.

Expect the same levels of customisable equipment found in the original title, with new bits and pieces “added to the game weekly” based on feedback from players in the closed beta. Not sure if you can expect many robots though, unless they’re playable characters.

If you fancy hopping into that closed beta (via Steam), you can sign up here.

At this point the game is only available on PC. Whether it will extend to consoles, as the first game did, is not yet clear.