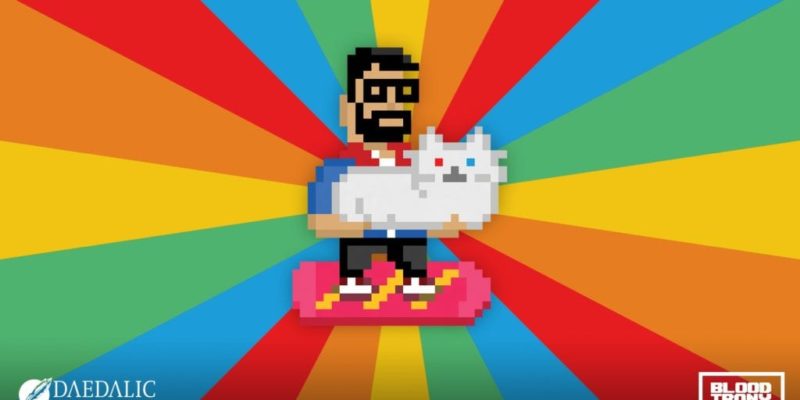 You can’t beat a good shoot’em up and we all love cats. Shooting Stars has both.

Daedelic are describing Shooting Stars as a game with “retro-charm meets current web-culture in a rogue’ish meme-fest” and it’s certainly looks to have all of that. Players take on the role of a hipster called Tscherbo who’s armed with a laser-eyed cat and hoverboard. He’s on a mission to save humanity from aliens disguised as celebrities.

Famous names will be your target, so expect appearances from Justin Belieber, PewDerPie or Kanye East to name a few. We’re guessing Daedalic didn’t want to cough up for the name rights.

The game sounds and looks ridiculous so, hey, it might have something going for it. Shooting Stars hits Steam on 4 January 2016.