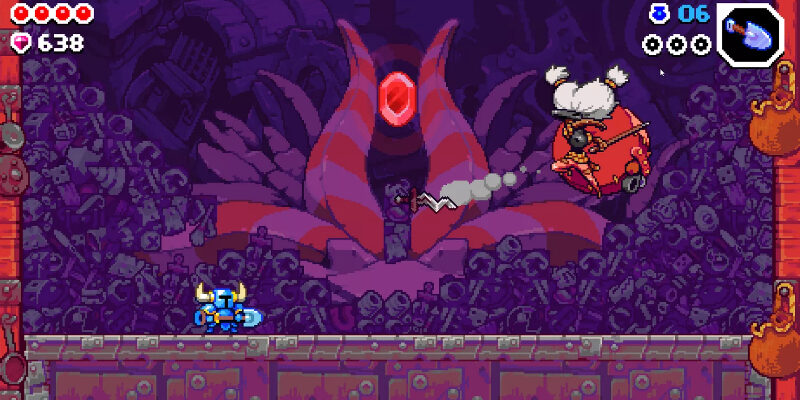 Developer Yacht Club Games has posted a developer blog detailing the future of Shovel Knight Dig. The spin-off of the popular 2014 platformer was originally anticipated for 2021, but this is no longer the case. Shovel Knight Dig won’t release until 2022 in order to give the developer more time to work on it.

On the bright side, Yacht Club Games states that “development is going great,” so franchise fans shouldn’t be overly concerned. This decision was likely made to ensure that Shovel Knight Dig is as good a game as possible. After all, it is the successor to one of the most critically acclaimed indie games ever made.

Accompanying the announcement of Shovel Knight Dig‘s delay, Yacht Club Games also used this blog to showcase a little of what to expect from it. The first tidbit is its inclusion of Scrap Knight, a Hexcavator who specializes in scavenging. She will act as one of the antagonists of Dig. The two other currently known Hexcavators to be in Dig are Hive Knight and Spore Knight.

This will not be Scrap Knights’ first appearance in the series. She will also feature as a playable character in Shovel Knight Pocket Dungeon, an upcoming puzzle dungeon crawler spin-off. Although an exact release date isn’t yet confirmed, Pocket Dungeon is expected to launch sometime in Winter 2021.

Shovel Knight Dig has remained in development for some time, having first been announced back in August 2019. Unlike the original, Yacht Club Games isn’t the sole developer. Instead, the Californian studio is teaming up with indie developer Nitrome.

The London-based game developer is more known for working on Miniclip and mobile titles than PC and home console games. Despite this, Shovel Knight Dig does look promising and could end up being Nitrome’s opportunity to be a part of something bigger.

A truck carrying EVGA RTX 30 graphics cards has been stolen