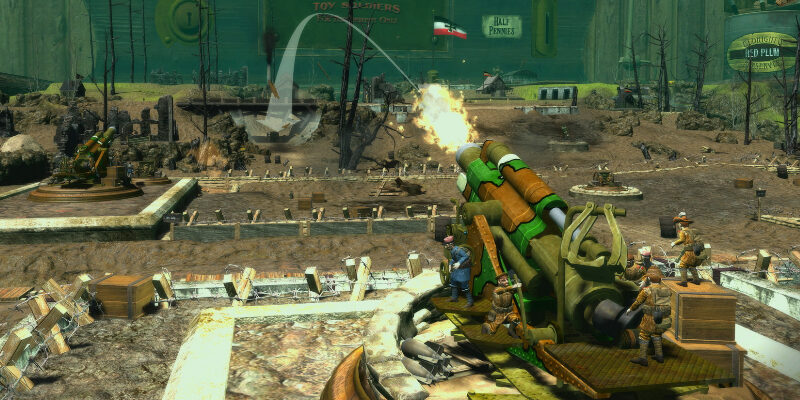 Signal Studios has announced that it has to delay Toy Soldiers HD. As revealed on the developer’s official Twitter page, the remaster of the 2010 Xbox Live classic is being pushed back. It was originally announced for August and then delayed to September, but it will now launch on October 21 instead.

This small delay is to make sure that Toy Soldiers HD releases in a state that the developer is happy with. More specifically, Signal Studios has identified some display bugs in the leaderboards that it wants to fix before release. This delay will also give the team time to address “some minor items,” that they have flagged.

You’ll have to wait a little longer

It can be frustrating to see something get delayed that you are looking forward to. In most instances, however, this is necessary and ends up benefiting both the developer and consumer. Also, it’s unlikely that another delay will follow with Signal Studios itself claiming that it is “absolutely positive,” Toy Soldiers HD will be available on October 21.

A game’s delay tends to suggest that both the developer and publisher want to sell a good product. Many publishers have shown a willingness in the past to offer gamers blatantly unfinished products. Just look at the state of Cyberpunk 2077 before CD Projekt Red released a series of post-launch patches.

The anticipation for Toy Soldiers HD is huge with many gamers looking to take the chance to revisit their childhood. The tower defense game was incredibly popular when it released a decade ago, and there hasn’t been another title quite like it since.

This remaster features a variety of enhancements that should make this the definite edition of Toy Soldiers. These improvements include enhanced visuals, new content to explore, and a gameplay overhaul to make everything feel smoother. Fans may have to wait a couple more weeks to try it out but from what we’ve seen that wait looks like it’ll be worth it.