Well after obtaining the Administator’s Key to reach the mines, Elster will end up in an area called Nowhere. This creepy location is filled with gore and various monsters. Likewise, you’ll come across several doors that can only be unlocked if you have the right codes. Here’s our Signalis guide to help you open the doors with symbols in Nowhere.

Note: For more information, check out our Signalis guides and features hub. You can also take a look at our main guide for the Nowhere Six Plates Door mechanism.

Signalis: How to open the doors with symbols in Nowhere

The biggest problem you’re bound to experience in Signalis‘ Nowhere zone is that there’s no map at all. Worse, there are instances when Elster might enter a room from a particular side, only to appear in the opposite side. It can get a bit confusing, so let’s try to simplify things.

From the starting area with the replicant corpses on slabs, go left -> right -> up. There’s a note on the wall (it’s a hidden path that will only open after killing the miniboss). For now, you’d have to go down.

Note: There’s a nasty bug that’s associated with the doors with symbols in Signalis‘ Nowhere zone. They’re supposed to be locked. But, if you run close to them, the interact command appears. If you enter, you won’t be able to get back out. You’d have no choice but to reload your latest save. At the bottom, keep this area in mind because of the following: You should now see a fleshy pit, some sort of living organism in this section.

Don’t jump down yet. Instead, head through the door to the right. 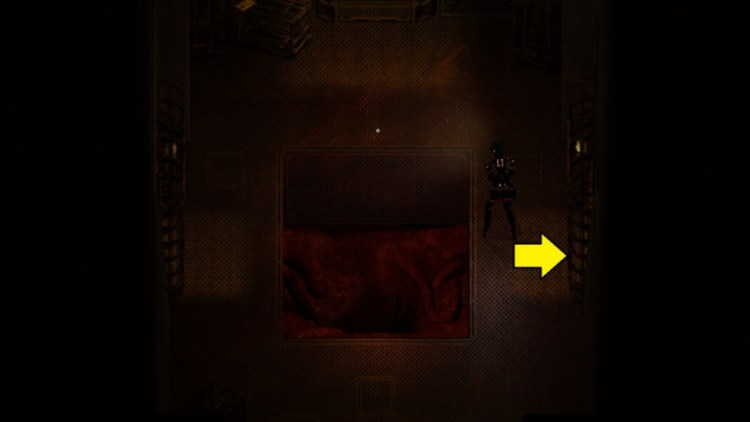 Here, you’ll find some Rifle Ammo, the Wedding Ring item, and a microphone in the middle.

It doesn’t really do anything… until you activate your radio. From 50.000khz to 250.00khz, you’ll see at least six different symbols appear on the screen. Each symbol also has different keypad buttons that are lit.

Note: Just in case the codes are different in your playthrough, try to take a screenshot of each one. I’ll include the images that I got on my end.

Now that you have the codes for the doors with symbols in Signalis, it’s time to check out the other rooms in Nowhere. For the sake of clarity, let’s pretend that we’re back in the starting area.

Go left from the starting point with the replicant corpses on slabs. The Triangle Door is right there. It leads to a large chamber with several mobs, including a Mynah. At the end, you’ll be able to open a path that has the Six Plates Door puzzle.

Note: For the succeeding images with the symbols/codes, you’ll also need to press the button that I’ve marked with my cursor. 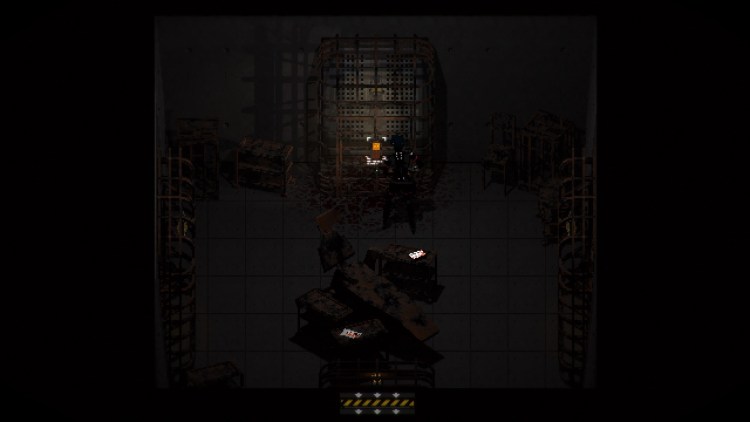 I just call this the Snowflake Door. It’s in the Nowhere – Classroom with the save point. This has the Empress Ring puzzle. 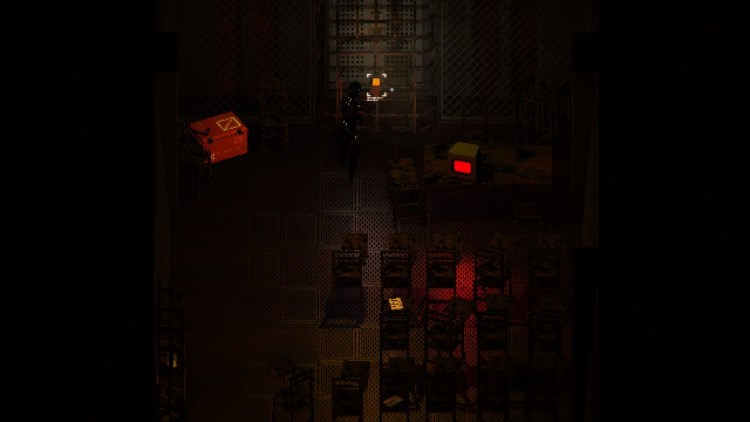 To the left of that save point is another room that’s only unlocked once you have the Rusted Key. The Diamond Door can be found therein. 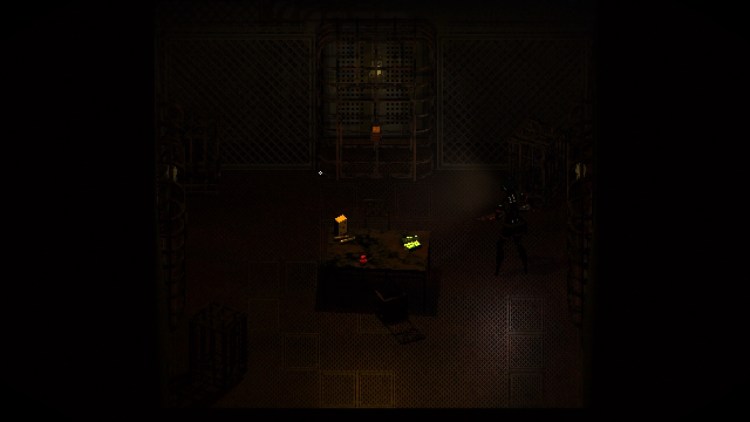 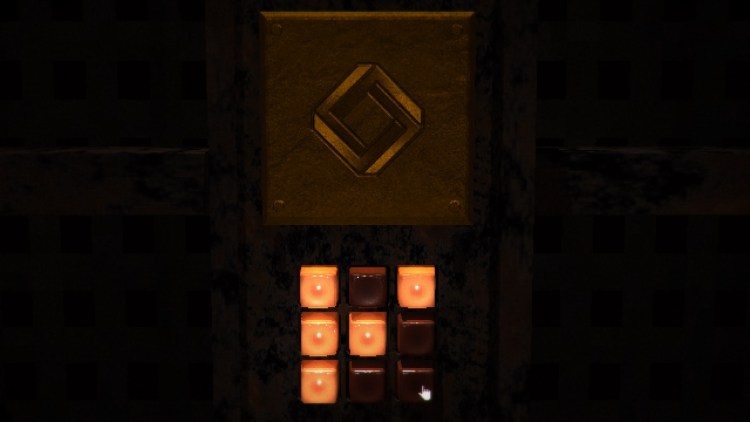 If you jump down the fleshy pit, you’ll have to fight a miniboss I’ve dubbed as Mr. Cagehead. A replicant named Isa will attempt to help you, but she’ll get knocked out once she fires her rifle.

After the short scene, you’ll end up in a rest area with the Nowhere – Within save point. The Pentagon Door can be unlocked here. It has the Plate of Balance/Wooden Dolls puzzle. 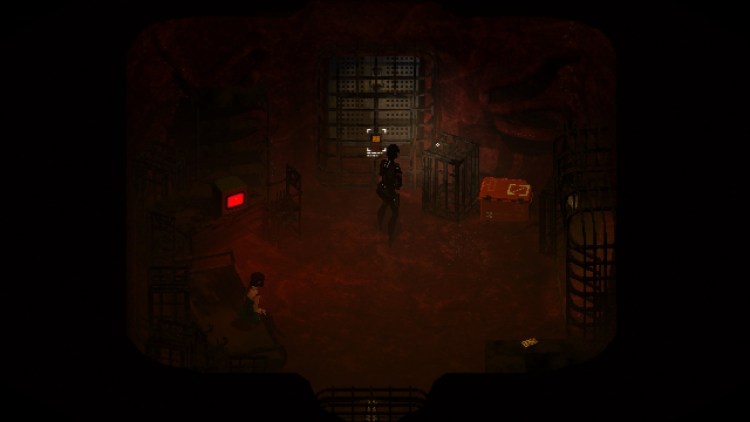 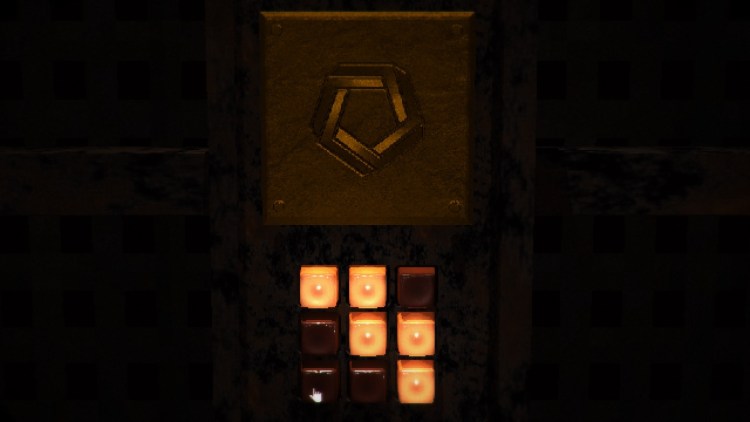 Signalis is available via Steam.