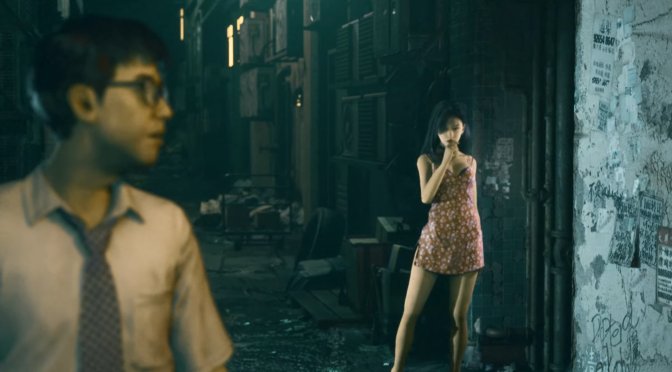 Ever since February of this year, Keiichiro Toyama, the creator of the renowned horror series Silent Hill, teased an upcoming horror project under his new indie company Bokeh Game Studio. Now, Toyama finally revealed this new game, titled Slitterhead, at The Game Awards 2021. Although the announcement trailer for Slitterhead did not reveal any gameplay, it did give players a glimpse into the kind of horror they can expect from the seasoned Silent Hill director.

The start of the trailer gives an incredibly brief summary regarding the journey that led to Toyama creating this new game. Of course, this summary starts off by mentioning the 1999 release of the original Silent Hill, and it notes that “Toyama chose horror as the genre for his first directorial work.” Then it brings up the formation of Bokeh Game Studio in 2020 before stating that “he came back to face a new challenge in horror.”

What else did the trailer show?

As for the rest of the trailer, it certainly delivered the spooks, as it largely consists of people splitting apart to transform into grotesque eldritch abominations. Beyond that, the trailer shows plenty of other bizarre happenings, such as a character forming a blade out of blood. Interestingly, the end of the trailer showed that the legendary Silent Hill composer Akira Yamaoka handled the soundtrack for Slitterhead, which will no doubt excite fans of his work.

Considering how long fans of Silent Hill have waited for a new entry in the series, the announcement of Slitterhead will likely come as incredibly exciting news for them. Of course, Splitterhead could end up as a radically different game from Silent Hill, but it could still scratch an itch that has not been scratched for a long time. As one might expect, the trailer did not show a release date, so those interested will have to wait more for that in addition to actual gameplay footage.

Alan Wake II has been revealed with a 2023 release