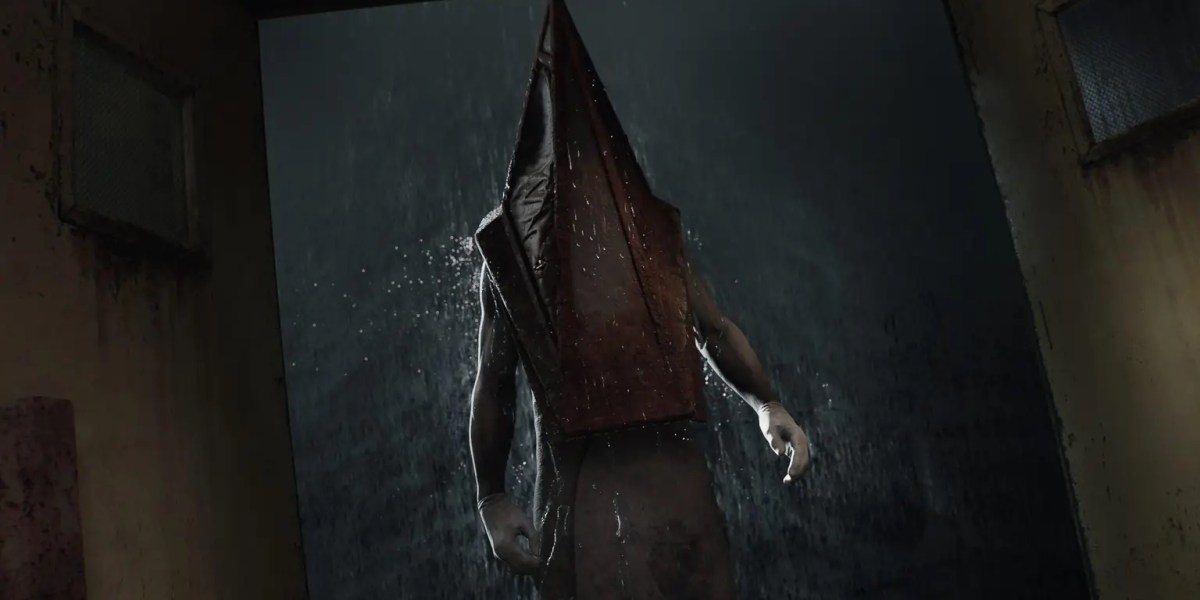 Konami wrapped up its Silent Hill Transmission earlier today, dropping several high-profile announcements on games and other projects for the franchise. Well, I would say it “wrapped up,” but by that I would mean it dropped the whole showcase right out the gate. All 48 minutes of it. Whoops. Anyway, from games to movies and miscellaneous, here’s what the show brought us.

The list isn’t all too long, and at least one announcement was already known to be coming. But without further delay, here’s the showcase in its entirety.

It was rumored that a Silent Hill 2 remake was on the way. Alongside said rumors, it was believed that the makers of Layers of Fear, Bloober Team, was involved in some way. Well, today we got both confirmed. A remake of Silent Hill 2 is indeed in development, and Bloober has taken the lead. The game is being built using Unreal Engine 5, and it looks just lovely. And creepy. Check out the trailer below:

While Silent Hill 2 was expected, Silent Hill F was certainly among the most surprising announcements of the Transmission showcase. Not only is it a new game in the franchise, but it takes place during 1960s Japan. With a story penned by the writer of Higurashi no Naku Koro Ni, Ryūkishi07, Silent Hill F is clearly going to brave, new places within the series.

There’s another Silent Hill movie in the works, and it’s apparently an adaption of Silent Hill 2. The director of the original film, Christophe Gans, is returning to direct. Producer of the movie, Victor Hadida, says it will be “very true to the original game,” boasting the psychological horror theme. The first movie wasn’t terrible, to be fair. I’m looking forward to seeing how this next one holds up.

Silent Hill: Ascension is a thing that will exist in 2023

I’m going to be true to you, fam: I have no idea what the hell Silent Hill: Ascension is. From what I can gather in the video description, it won’t necessarily be a game but “a new interactive streaming series where the entire community shapes the canon of Silent Hill.” It’s coming to us from Genvid, Bad Robot Games, Behaviour, and DJ2 Entertainment. From what I can glean, it’ll be an always-live social interaction game in which many people come together to do a thing — likely on smartphones.

Silent Hill Townfall is coming from the makers of Observation

That wraps up all the announcements of the show. We’ll have more news on everything revealed in due time, so stay tuned.