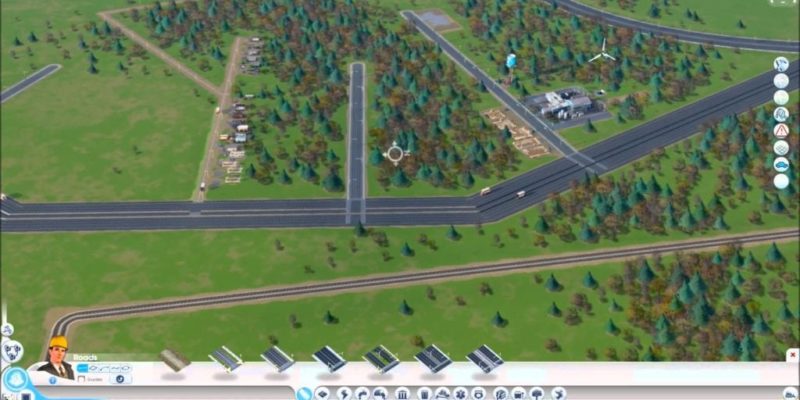 The house of cards constructed around SimCity by EA’s public relations department is coming tumbling down.

In the latest challenge to the “always online” design of the game, a diligent modder going by the name ‘AzzerUK’ over on Youtube has managed to place (and maintain) highways outside the restrictive boundaries of the game. He’s also managed to play in a limited “offline mode” and switch off the fudging of population figures.

He’s done this by editing “package” files (previously endorsed by Maxis’ Ocean Quigley) and entering developer debug mode (probably not endorsed by Ocean Quigley.) “Most developer debug features are disabled,” he says (including options for terraforming,) but a few things like editing highways are still possible. Even if you quit out and log back in later, the highways outside the city boundaries are still safely stored on the server.

By turning off the disconnect check timer, he’s been able to play SimCity offline indefinitely; though this means “no saves/syncs or region related stuff, not yet anyway.” He describes this, and the removal of the fudged population count, as “very minor/easy tweaks.”

In effect, this means the game just needs to be saving locally (rather than to the servers) for a pretty extensive “offline” mode to be possible.

Hey! This seems like a great time to revisit a recent quote from Maxis general manager Lucy Bradshaw.

If EA or Maxis ever feel like commenting further on this affair, we’ll let you know. They’re being oddly quiet at the moment. AzzuerUK’s thread on the EA forums detailing what he has done has been deleted but he preserved it elsewhere.